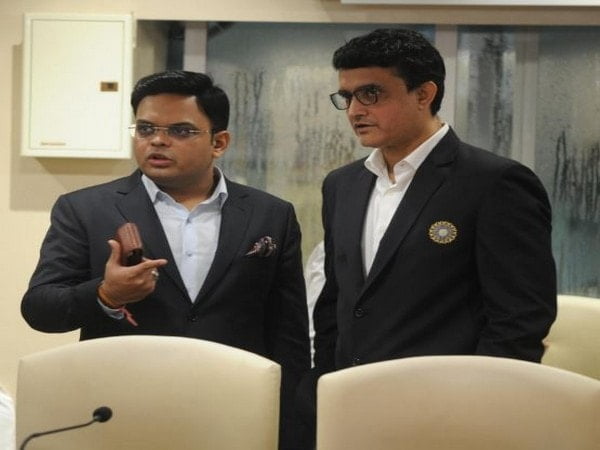 Mumbai (Maharashtra) [India], September 22 (ANI): Board of Control for Cricket in India (BCCI) president Sourav Ganguly on Thursday extended birthday wishes to secretary Jay Shah on his birthday.
The board president took to Twitter to extend wishes to Shah.
“Wish Jay Shah @JayShah a very happy birthday..may god bless him with a healthy and long life of happiness and success @bcci,” tweeted Ganguly.

The apex court last week had accepted the proposed changes in the BCCI’s constitution, which will allow former India skipper Ganguly and secretary Jay Shah to get an extension to their respective terms.
Earlier, the BCCI, in its proposed amendment, had sought the abolition of a cooling-off period for its office bearers which would enable Ganguly and Jay Shah to continue in office as President and Secretary despite them having completed six years tenure.
Coming to Team India, Australia defeated India by 4 wickets after Cameron Green and wicket-keeper batter Matthew Wade played stylish knocks to take the visitors home in the first T20I at Mohali.
India scored 208 in the allotted 20 overs thanks to knocks from Hardik Pandya (71*) and KL Rahul (55), but Australia chased down the target with 4 balls to spare to take 1-0 lead in the series.
India and Australia will now meet on Friday in the second T20I before the two teams meet on Sunday for the final match. (ANI)

ALSO READ:  Would love to bowl with Rashid Khan to learn about partnership: Ravi Bishnoi