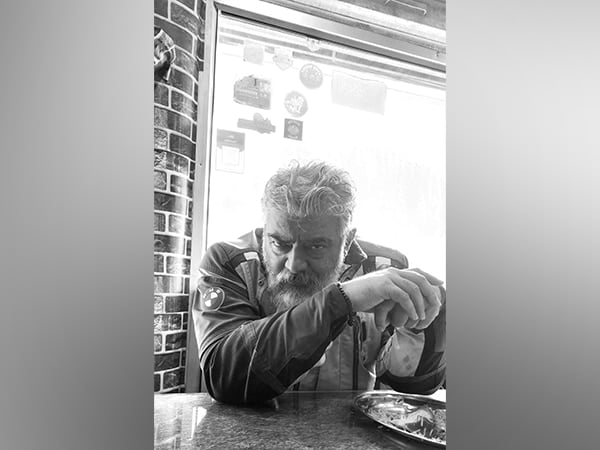 New Delhi [India], September 22 (ANI): Makers of the upcoming action film ‘Thunivu’ on Wednesday, unveiled the first look poster of actor Ajith Kumar.
Taking to Instagram, producer Boney Kapoor shared the poster which he captioned “#Thunivu #NoGutsNoGlory #AK61FirstLook #AK61.”
In the poster, south actor Ajith Kumar could be seen with white hair and a heavy white beard look, sitting while holding a gun in his hand.
Soon after the first look of the ‘Veeram’ actor was out, netizens swamped the comment section and dropped heart and fire emoticons, as the excitement for the upcoming actioner could be seen among the fans.
“Ak look firey,” a fan commented.

ALSO READ:  Karan Johar says he was embarrassed after not being invited to Katrina, Vicky's wedding