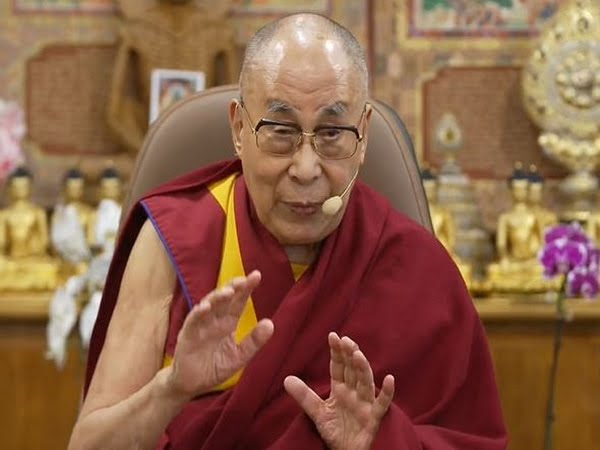 Lhasa [Tibet], September 27 (ANI): To counter China’s moves that misuse the authority to administer Tibetan monastic societies in general and recognition of reincarnations in particular for its political interests, the Central Tibetan Administration (CTA) Kashag (Cabinet) promulgated a firm stand on the 14th Dalai Lama.
The Kashag of the CTA declared its firm stand in prophecy as well as the Dalai Lama’s constant assurance to live up to 113 years while rejecting any sort of interference from any party who doesn’t believe in rebirth, stating, “Reincarnation of lama/tulku is a unique religious system of Tibetan Buddhism requiring someone to substantially believe in past and future lives.”
Kashag also reiterated the Dalai Lama’s personal authority in taking the complete decision about His Holiness’ reincarnation as per the successive instructions of His Holiness since 1969, and the announcement circulated on 24 September 2011.
The Communist Party of China frequently propagates distorted narrations about Tibet’s reincarnation system, especially about the reincarnation of the 14th Dalai Lama, to Tibetans in Tibet through workshops, conferences and public speeches, reported CTA.
The issue of Dalai Lama’s reincarnation has been widely conversed globally with uncertainties and apprehensions, to which the Kashag deems necessary to promulgate its firm stand on the issue.
Moreover, since the Chinese government’s introduction of “Management Measures for the Reincarnation of Living Buddhas in Tibetan Buddhism” in 2007, the Communist Party of China has consistently misused its authority the recognition of reincarnations, reported CTA.
Appreciating the US-led democratic countries’ dedicated support regarding the reincarnation of the Dalai Lama, the Kashag appeals to other likeminded nations to do the same.
US Congress had earlier passed new legislation supporting the Tibetans regarding their right to choose a successor to their spiritual leader, the Dalai Lama. This move has infuriated China.

The US asserted that Tibetans have the absolute right to choose the next Dalai Lama.
Following the Buddhist belief in the principle of reincarnation, the current Dalai Lama is believed by Buddhists to be able to choose the body into which he is reincarnated.
That person, when found, will then become the next Dalai Lama.
According to Buddhist scholars, it is the responsibility of the High Lamas of the Gelugpa tradition and the Tibetan government to seek out and find the next Dalai Lama following the death of the incumbent.
If more than one candidate is identified, the true successor is found by officials and monks drawing lots in a public ceremony.
Once identified, the successful candidate and his family are taken to Lhasa (or Dharamshala) where the child studies the Buddhist scriptures in order to prepare for spiritual leadership.
But, according to China, there was a well-established procedure for recognizing the reincarnation of the Dalai Lama,
One of the conditions was that the name of the successor was pulled out of golden urns found in the Jokhang Temple (one of the most sacred monasteries of Tibetan Buddhism situated in Lhasa) and the Potala Palace which was the residence of the Dalai Lama till he fled to India in 1959.
The second was the reincarnation getting the approval of the Chinese government. (ANI)