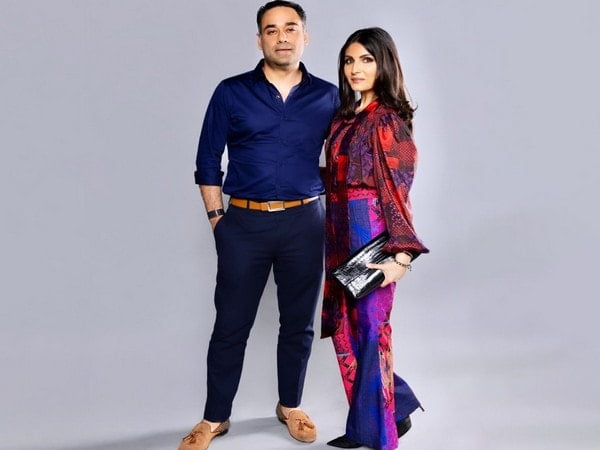 Mumbai (Maharashtra)[India], September 27 (ANI): On the occasion of her husband Bharat Sahni’s birthday, jewellery designer Riddhima Kapoor Sahni penned a cute birthday wish for him.
Taking to Instagram Story, Riddhima, who is Ranbir Kapoor’s sister, dropped a string of images with Bharat.
In the first image, the husband-wife duo is seen twinning in blue ethnic attires.

“Happy happiest birthday to the most incredible human being,” Riddhima captioned the post, adding pink heart emojis.
In another post, she wrote, “My best friend forever.”

The third image features Riddhima and Bharat posing with their daughter Samara.
“We love you so much. Thank you for being you,” Riddhima wrote alongside the picture.

Veteran actress Neetu Kapoor, too, dropped a sweet birthday wish for her son-in-law Bharat.
Taking to Instagram Story, Neetu dropped a video in which she along with Bharat is seen grooving to a Rajasthani folk song in a restaurant. Both of them look quite happy while vibing on the song.
https://www.instagram.com/p/Ci-uFMKD0zf/?hl=en
Sharing the video, Neetu wrote, “Happy birthday @brat.man to more fun times together #son #myvibemytribe #blessings.”
Reacting to the post, Riddhima Kapoor Sahni rushed to the comment section and wrote, “Cutest (with several red heart emojis).”
Riddhima met Bharat while studying in London. They got married in 2006, after four years of being together. (ANI)