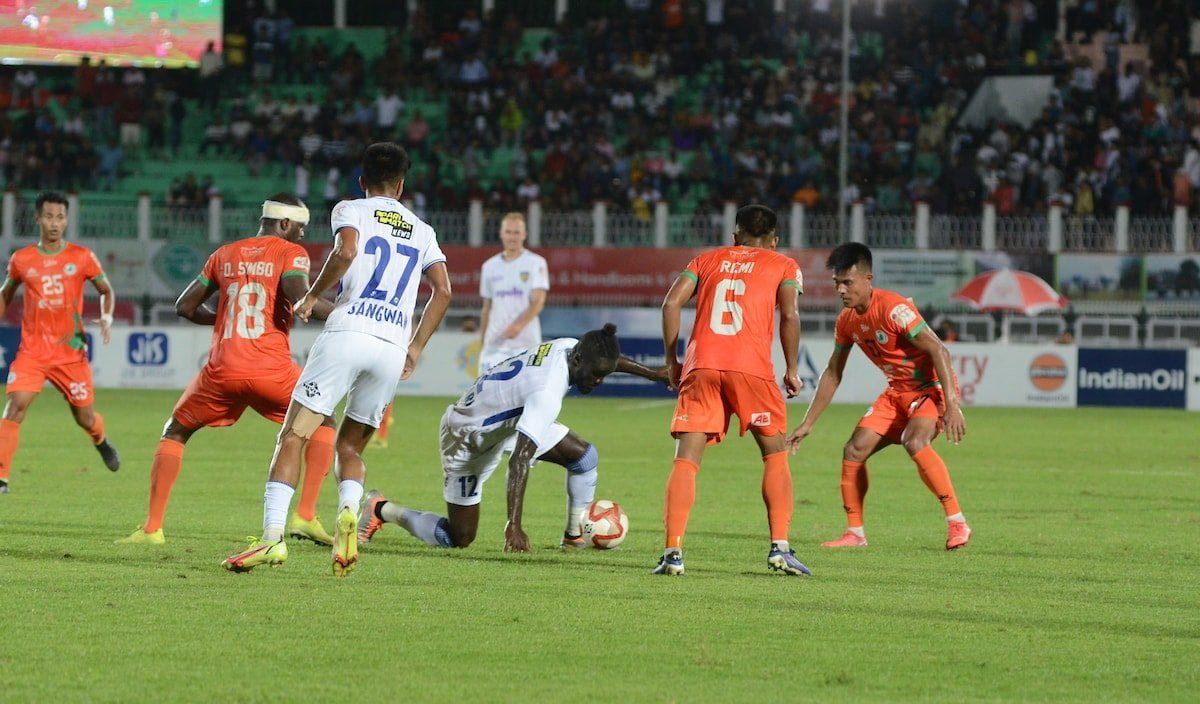 Chennaiyin FC produced a clinical 2-0 victory over local favourites NEROCA FC in their final Group C game at Imphal on September 5 in the Durand Cup to book their place in the quarter-finals of the competition.

Midfielder Anirudh Thapa (15′) and Vafa Hakhamaneshi scored in each half to take Chennaiyin FC past the hosts and into the knockout stage of the competition. Thomas Brdaric’s team started on the front foot and were rewarded in the 15th minute when Thapa found the back of the net with a powerful drive that zipped past the goalkeeper.

There weren’t many opportunities in the first half which was largely controlled by Chennaiyin FC who went into the break with their noses in front thanks to the goal from Thapa.

Chennaiyin FC continued to put pressure on the NEROCA goal in the second half but had to wait until the 71st minute to double their lead and earn some much-needed breathing space in the match.

Once again, Thapa was in the thick of things as he whipped in a brilliant cross for Hakhamaneshi to head in.

Brdaric’s men were largely untroubled for the rest of the game as they closed out the victory and confirmed their passage into the last eight.