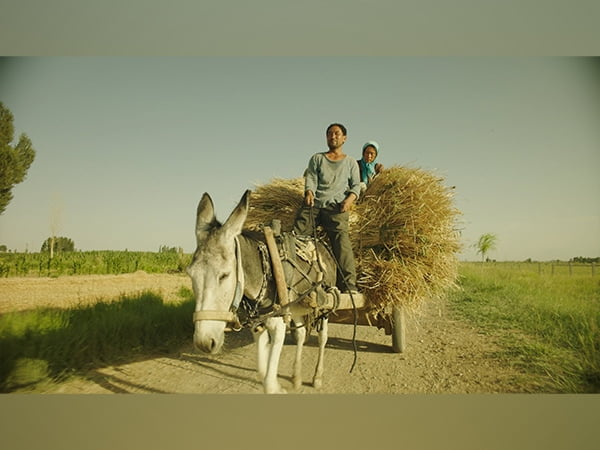 Beijing [China], September 29 (ANI): China has deleted the movie ‘Return to Dust’ from its streaming services as the love story set in rural China shows a wide gap between rich and poor citizens, said Gizmodo citing social media reports.
Return to Dust had been generating buzz in China. However, it was unceremoniously pulled from streaming services in the country. Even a ban has been imposed over the mention of the film on Weibo, China’s social media platform.
The disappearance of the film led to social media criticisms from the audience across the country. This comes in the backdrop of the meeting of the China Party Congress which is scheduled for October.
The movie was written and directed by Li Ruijun and was debuted at the Berlin International Film Festival back in February. The movie tells the fictional story of Ma Youtie and Cao Guiying, two newlyweds in an arranged marriage in rural China who find love and devotion to each other on the fringes of modern society.
Youtie and Guiying struggle in their poverty, using a donkey for farm labor while the film’s antagonist, a man who wants to push them out of their home, drives a luxury car.
According to Gizmodo, the trailer for ‘Return to Dust’ is still available on YouTube, but there are several pirated copies of the film available as well. The first copy of the movie that the outlet Gizmodo found on YouTube was pulled for copyright violation in the middle of watching it.
Amid a rising trend of curbs on rights in China, the country is intensifying its censorship of Hollywood movies to make them ‘conform’ to the Chinese Communist Party (CCP) ideals, a media report said.
The practice, which is almost 25-years old, has expanded in recent times even as producers make movies with an eye toward pleasing Beijing yet without isolating the global audience, Voice of America reported citing industry insiders.
“Now it’s kind of escalated in the sense that they’re much more direct in banning films outright rather than just tampering or asking for scenes to be removed,” Stanley Rosen, a University of Southern California political science professor who follows China’s film industry was quoted as saying.

As per the report, industry observers say censors are also asking that versions of movies for audiences outside China follow Beijing’s script.
It is unlikely that censors will allow the 2022 Marvel Studios movie “Doctor Strange in the Multiverse of Madness” to be shown in China, the report said, citing a recent op-ed in the Chinese state-affiliated Global Times which said that the movie contains nods to Falun Gong, a spiritual movement Beijing has banned and labelled as a cult.
“As a country under the rule of law, China regulates the film industry in accordance with the Film Administration regulations,” Liu Pengyu, spokesperson of the Chinese embassy in Washington was quoted as saying.
The China Film Administration, an oversight body for the USD 7.4 billion Chinese film industry market, banned Marvel Studios’ 2021 superhero films “Eternals” and “Shang-Chi and the Legend of the Ten Rings,” which were released last year, the report said.
The 2021 superhero film “Spider-Man: No Way Home” missed Chinese approval because authorities wanted Sony Pictures to remove images of the Statue of Liberty from the film, the report further said.
“As the dragon gets bigger, its leverage gets bigger, and no one’s pushed back yet,” Chris Fenton, Hollywood executive and a lifetime member of the Council on Foreign Relations think tank was quoted as saying.
According to James Tager, research director at the free-speech advocacy group PEN America, an increase in Sino-US tensions since the administration of former US President Donald Trump may have exacerbated China’s treatment of American movies.
Refusal of a Chinese order to cut a scene would risk the studio’s future business in China, such as the next Disney or Marvel film or other assets, Tager said.
“You may get a reputation as someone who doesn’t play ball, which could have even further knock-on effects, possibly for other films or possibly for other business relationships that large studios have in China,” Tager said. (ANI)