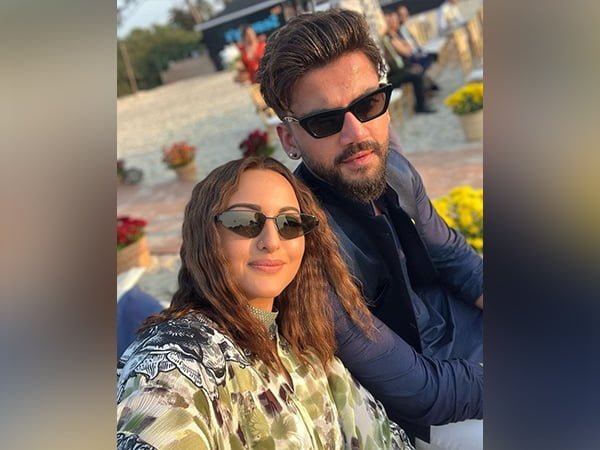 Mumbai (Maharashtra) [India], September 16 (ANI): Actor Sonakshi Sinha is rumoured to be dating Zaheer Iqbal, who made his debut with ‘Notebook’.
The couple has maintained that they are “just friends” but actor Varun Sharma’s latest Instagram Story is hinting at something else.
On Thursday night, Varun took to Instagram and shared a picture of the two.
He captioned the image, “Oyeeee hoyeeee isey kehte hai blockbuster jodi.”

In the image, Sonakshi and Zaheer are seen sharing a laugh.
Sonakshi looked gorgeous in a pristine white bodycon attire which she teamed up with a white blazer. Zaheer on the other hand looked uber cool in a black and white shirt.
If reports are to be believed, the actors have a song coming up by the title Blockbuster Jodi and they plan to make their relationship official with the release of the music video.
Meanwhile, on the work front, Sonakshi will be seen in Double XL alongside Huma Qureshi and Zaheer Iqbal. She will be seen in a horror comedy film titled Kakuda, along with Riteish Deshmukh and Saqib Saleem.
She has also started shooting for ‘Nikita Roy and The Book of Darkness’, which marks the directorial debut of her brother Kussh Sinha. (ANI)