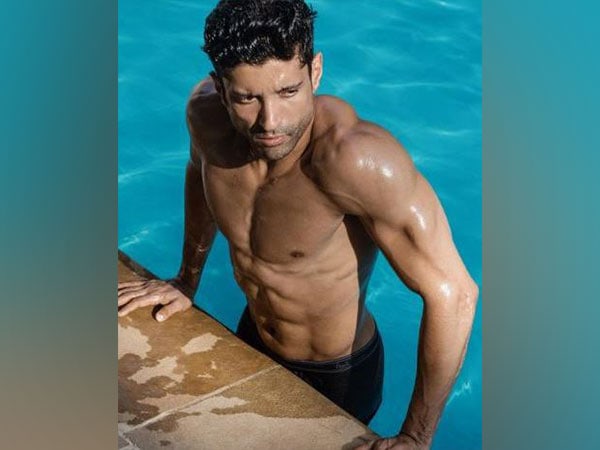 In the picture, Farhan was seen posing in the swimming pool while looking away from the camera.
As soon as the picture was posted, the actor’s fans and industry friends chimed into the comment section.
Filmmaker- choreographer Farah Khan Kunder dropped a comment. She wrote, “Bhaiyya this is thirst trap to another degree..”

His wife Shibani Dandekar wrote, “oh! ok then! hi there.”

On the work front, Farhan Akhtar made his Hollywood debut with ‘Ms. Marvel’. The show introduced Iman Vellani as Kamala Khan, aka the titular character, who is a Muslim American teenager growing up in Jersey City. An avid gamer and a voracious fan-fiction scribe, Kamala is a superhero mega-fan with an oversized imagination — particularly when it comes to Captain Marvel.
‘Ms Marvel’ received positive feedback from the netizens.
Farhan was last seen in a sports drama film ‘Toofan’ alongside Mrunal Thakur and Paresh Rawal which streamed exclusively on Amazon Prime Video and received mixed reviews from the audience.
He will be next directing a road trip film ‘Jee Le Zara’ which stars Priyanka Chopra, Alia Bhatt and Katrina Kaif in the lead roles. (ANI)