FIFA U-17 WC will turn India into a hotspot for women’s football, says Ashalata Devi 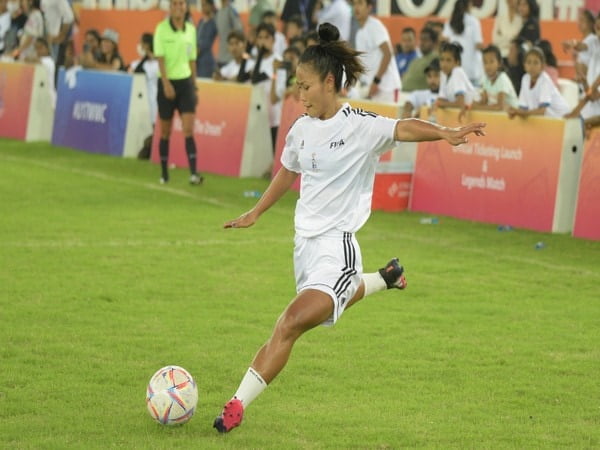 Devi also had a message for the citizens of India, “I would like to tell everyone that the FIFA U-17 Women’s World Cup India 2022 needs your support. The players will get even more motivated after receiving support from you. I would like to tell all parents to support women’s football as well. If your children want to play football, then support them in moving forward in the sport.”
The Indian Captain also spoke about how people’s perceptions of women’s football have changed over the years, “Yes, earlier it was difficult for people to accept girls playing football, but now everyone around my home supports me. I receive a great reception whenever I go to my hometown after any tournament. The people come to my home and ask me about how their kids can get into football. I feel the changes have taken place in the years since I started playing for India.”
The Indian team is slated to play all their group matches at the Kalinga Stadium, Bhubaneswar. The host nation has been drawn in Group A along with Brazil, Morocco and USA. The other two venues for the FIFA U-17 Women’s World Cup India 2022 are Goa and Navi Mumbai. (ANI)

ALSO READ:  Confidence replaces hope for Sri Lanka as they head to Australia for T20 WC after Asia Cup win

Pakistan unable to tame monster once it built