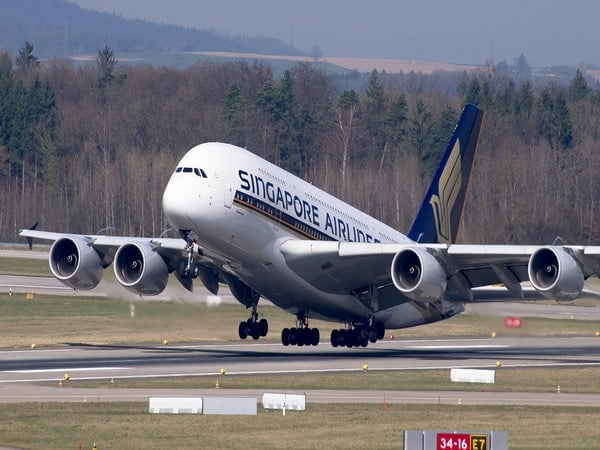 By Lee Kah Whye
Singapore [Singapore], September 19 (ANI): Last week, the Singapore Airlines Group (SIA) reported their operating statistics for August. It showed that following spectacular growth in month-on-month passenger traffic for a few consecutive months, the increase has somewhat tapered.
SIA, which consists of full-service carrier Singapore Airlines and low-cost airline Scoot, carried a total of 2.083 million passengers in August, a similar number to that in July. Group passenger capacity (measured in available seat-kilometres) was 110.3 per cent higher than the same month a year ago but rose only marginally by 1.1 per cent compared with the previous month.
As of the end of August, the SIA passenger network remained unchanged from the previous month, covering 99 destinations, with SIA serving 73 destinations and Scoot 47, including Singapore.
Since April, when Singapore re-opened its orders to vaccinated travellers without quarantine, SIA has enjoyed stunning growth in passenger traffic. Compared with the prior year, it more than doubled its monthly available seat kilometres and boosted the number of passengers it flew by more than ten-fold.
In March 2022, before Singapore fully reopened its borders, it carried around 893,000 passengers but when borders opened in April, this skyrocketed to 1,452,000, a 62.6 per cent increase. The number of passengers it carried continued to expand in the following months by 17.4 per cent, 13.7 per cent and between June and July, by 7.5 per cent.
The strong demand for seats on SIA’s routes enabled the airline to report its best-ever first quarter performance this year with an operating profit of USD379 million. It is also the second-best quarterly performance ever for the airline which starts its financial year in April.
Another factor playing to SIA’s advantage was its ability to scale up flights quickly when borders reopened. Due to strong shareholders and financial institution backing, it managed to raise about USD16 billion, including USD10.7 billion from shareholders through the sale of shares and convertible bonds. As a result, it did not have to furlough as many staff as its regional peers nor sell aircraft to keep afloat, as some regional airlines had to do.

Careful planning also played a part.
As the borders opened, there was soaring demand for inboard and outboard flights from Singapore, both from business and leisure travellers across all cabin types. At the same time, Southeast Asian airlines were not able to mount the same number of flights as before COVID, and European carriers were struggling with resource and manning problems, especially in their ground handling teams. This puts upward pressure on fares which benefited SIA tremendously.
Although the airline in its statement accompanying the operating statistics report said that “the Singapore Airlines (SIA) Group continued to see strong passenger demand across all route regions”, it does appear that growth is beginning to slow and that it would require the North Asian countries like Japan and China to fully lift COVID travel restrictions before it can begin its next cycle of growth. On top of this, SIA may be facing its own resource limitations with regard to its ability to bring more aircraft online and staff shortages.
In August this year, SIA’s passenger capacity reached 68 per cent of pre-COVID levels. Passenger load factor (PLF) came in at 85.4 per cent which was 2.0 percentage points lower on a month-on-month basis, and 67.9 percentage points higher on a year-on-year basis.
As SIA growth appears to be tapering, in its September 7 media release, the International Air Transport Association (IATA) reported continued strong growth in international air traffic with global traffic now at 74.6 per cent of pre-COVID levels.
Total traffic in July 2022 (measured in revenue passenger kilometres) was up 58.8 per cent compared to July 2021. This was led by a 150.6 per cent expansion in international traffic compared with a year ago. Domestic air traffic gained 4.1 per cent for the same period.
Asia-Pacific airlines posted the best performance compared with other regions with a 528.8 per cent rise in July traffic compared to July 2021. Capacity rose 159.9 per cent and the load factor was up 47.1 percentage points to 80.2 per cent.
“Aviation continues to recover as people take advantage of their restored freedom to travel,” said Willie Walsh, IATA’s Director General. “The pandemic showed that aviation is not a luxury but a necessity in our globalized and interconnected world.”
“July’s performance continued to be strong, with some markets approaching pre-COVID levels. And that is even with capacity constraints in parts of the world that were unprepared for the speed at which people returned to travel. There is still more ground to recover, but this is an excellent sign,” he added. (ANI)