Hope that things will improve: Jaishankar assures over long US visa delays 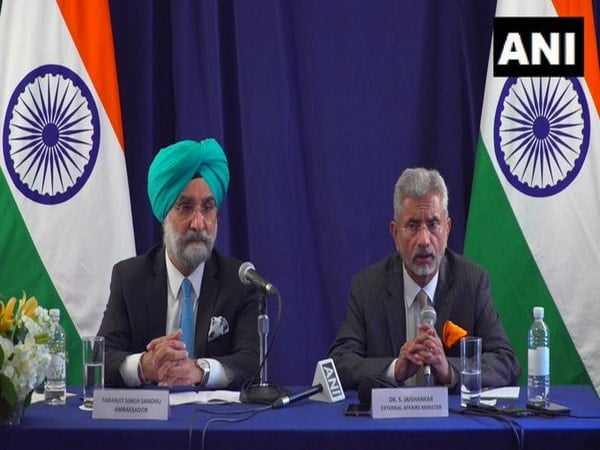 External affairs minister S Jaishankar has assured the Joe Biden administration on Wednesday of all necessary cooperation to help it resolve the backlog of visa applications from Indians seeking to travel to the US. He further said that things will get better soon.
This comes a day after Jaishankar in his meeting with the US Secretary of State Antony Blinken raised the delay of visa applications to which the top American diplomat said he is sensitive to the matter and had a plan to address it.
“But I again, feel this is an issue where obviously it’s mainly for the US but we will be supportive and collaborative,” Jaishankar told ANI in response to a question asked about people facing visa issues.
He further added, “To the people who are concerned about the visa issues, I would like to give the message that I understand their anxiety and the urgency and which is precisely the reason why I took up the matter,” and suggested Blinken that India will help the US to deal with the situation in a better way.
During the press briefing in Washington, the external affairs minister raised concerns about families not being able to meet and students waiting for a long time and underlined it as a ‘genuinely serious’ problem.
“In India, I mean, there are families who are not able to meet their relatives there and people who can’t keep their business appointments. There are students who are waiting for a long time. So, it’s a really it’s a genuinely serious problem of some magnitude.”
“But I’m very confident, with the sincerity that Secretary Blinken showed and the seriousness with which I hope they would address this and with any support that we can provide, we hope that things will improve,” the EAM added as he addressed the efforts of governments of both the countries during the press briefing.
Earlier on Tuesday, Blinken assured that the US is “building back” on the backlog of visa applications from Indian nationals and said the Biden administration has a plan that will play out in the coming months.
“We had constraints from COVID about the number of people we could have in our embassies at any one time etc. We are now building back very determined really from that surging resources. We have a plan when it comes to India to address the backlog of visas that have built up I think you’ll see that play out in the coming months,” Blinken said in a press briefing.
The remarks came as he met with EAM Jaishankar in Washington.
Jaishankar flagged concerns and challenges that Indians have been facing in receiving visas to work and live in the United States.
“There have been some challenges of late, and I flagged it to Secretary Blinken and his team, and I have every confidence that they will look at some of these problems seriously and positively,” Jaishankar said in his opening remarks.
The waiting period for Indians looking to secure a visitor visa to the US has gone up to 800 days, according to the website of the US State Department. The waiting period is nearly 400 days for student/exchange visitor visas and other non-immigrant visas.
“I’m extremely sensitive to this,” said Blinken as he blamed the Covid-19 pandemic for the backlog.
“Our ability to issue visas dropped dramatically during COVID. And the last thing we want to do is make that any more difficult. On the contrary, we want to facilitate it. So bear with us. This will play out over the next few months but we’re very focused on it,” Blinken added. (ANI)

Sushil Jana: Story of a clay artisan whose only home is the studios of Guwahati