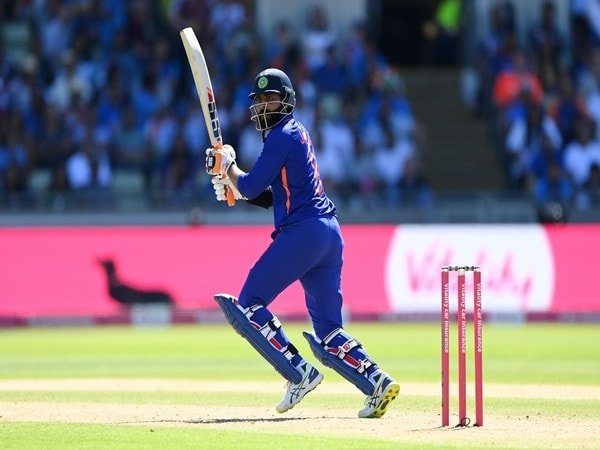 Kolkata (West Bengal) [India], September 15 (ANI): Legendary Indian pacer Venkatesh Prasad on Thursday said that India’s ICC T20 World Cup squad looks really balanced but Ravindra Jadeja’s presence would have added much more strength had he been not injured.
The pace legend, who once made a fearsome bowling duo with Javagal Srinath, also felt that there is a lot of variation in the current bowling attack. However, he would have also loved to see experienced pacer Mohammed Shami, who is presently one of the standby players.
“It is a balanced squad, really good one. It has amazing batters and all-rounders. Jadeja has missed out but would have added more value. Bowling looks very good. There are a lot of variations. They have brought Arshdeep Singh as a left-arm seamer, he brings a different angle. There is experienced Bumrah and Bhuvneshwar. I would have loved to see Shami though,” said Prasad in an exclusive interview with ANI.
The All-India Senior Selection Committee met on Monday to pick India’s squads for the upcoming ICC Men’s T20 World Cup in Australia and for the T20I series against Australia and South Africa at home. Ravindra Jadeja misses out due to an injury.
Prasad said that selectors have gone with tried and tested players who have performed well in domestic and international cricket and in IPL, and due weightage has been given to performances.
Admitting that hopes from Indian cricketers are always high, Prasad said that the present squad is one of the best that BCCI could have picked.
“There is experience, balance. There is T20 international experience, T20 experience as well. The last time we won in T20 World Cup 2007, we had no experience. But compared to that, the present players have a lot of experience under their belt and I am hopeful that they will perform well. There is a high level of skill,” he added.
Questioned on Virat Kohli’s form, Prasad said that everyone will have to contribute since it is an event where the best in the world would be competing.
“Every single individual, be it a batter or bowler will have to perform. T20 is all about momentum. They have to find that momentum, the rhythm, no matter who the player is. They do not have much time. It is a quick format and they need to be hitting their strides very early,” he added.
Virat showed heavy glimpses of his prime during the recently concluded Asia Cup, in which he ended up as the second highest run scorer with 276 runs in five games and an average of 92.00 in a century and two fifties. He smashed an unbeaten 122* against Afghanistan as well.
Coming to the T20 WC squad, pacers Jasprit Bumrah and Harshal Patel have made their return to the side for the World Cup and for Australia and South Africa home series. Pacers Mohammed Shami and Deepak Chahar have been included in the squad for T20 World Cup as standby players and also feature in squads for the two home series.
ICC T20 World Cup will take place this year from October 16 to November 13.
India squad for ICC T20 World Cup: Rohit Sharma (Captain), KL Rahul (vice-captain), Virat Kohli, Suryakumar Yadav, Deepak Hooda, Rishabh Pant (wicket-keeper), Dinesh Karthik (wicket-keeper), Hardik Pandya, R. Ashwin, Yuzvendra Chahal, Axar Patel, Jasprit Bumrah, Bhuvneshwar Kumar, Harshal Patel, Arshdeep Singh.
Standby players – Mohd. Shami, Shreyas Iyer, Ravi Bishnoi, Deepak Chahar. (ANI)

ALSO READ:  Indian adaptation of popular Spanish series 'Elite' to be out on Netflix soon; more deets inside