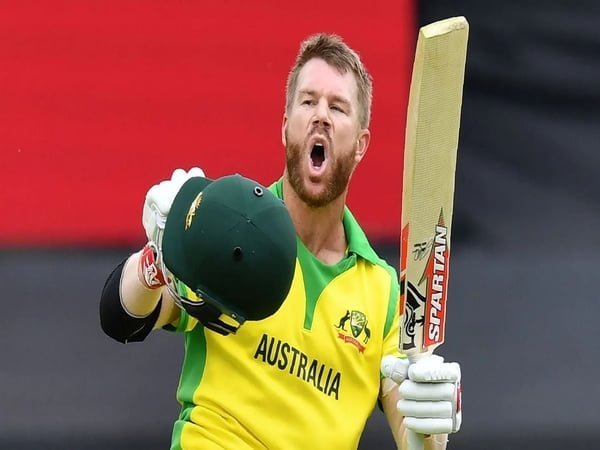 Melbourne [Australia], September 13 (ANI): Star Australia batter David Warner said that he still regards captaincy roles as a privilege and is ready to talk to Cricket Australia (CA) about ending his lifetime leadership ban imposed on him for his part in the ball-tampering incident.
After Australia skipper Aaron Finch announced his retirement from the ODI format on Sunday, who will captain the ODI team in the future is the burning question on everyone’s mind.
Sandpaper Gate happened during the 2018 Cape Town Test between Australia and South Africa. On the third day of the match, Cameron Bancroft was caught on camera trying to alter the condition of the ball.
After the conclusion of the third day, Bancroft and then Australian skipper Steve Smith admitted that they cheated in trying to tamper with the ball. Warner’s involvement in the act was also confirmed.
Cricket Australia handed a one-year ban to both Smith and Warner, while Bancroft was given a nine-month suspension.
“The man next to me is the key, he’s the Test captain. I’m sure he gets the first opportunity,” Sydney Morning Herald quoted Warner as saying.
“My phone’s here [if CA want to call for a talk about leadership]. What’s done is done in the past. The good thing is there is a new board that has come along. I’m always happy to sit down and have a chat and talk about anything they need to talk about. I’m just happy, enjoying my cricket and putting my best foot forward for the team,” said Warner.

“Any opportunity you get asked captain, it’s a privilege. For my circumstances, that’s in Cricket Australia’s hands. I can only concentrate on what I have to do and that’s using the bat and trying to score as many runs as I can,” he added.
Australia batsman Cameron Bancroft, Steve Smith and David Warner were involved in the ‘Sandpaper Gate’ incident in 2018 in the Cape Town Test between Australia and South Africa.
Talking about the Sandpaper Gate incident, on the third day of the match against South Africa, Bancroft was caught on camera trying to alter the condition of the ball. As soon as the clip was shown on television, it went viral on social media and the entire cricketing fraternity condemned the act.
After the conclusion of the day’s play, Bancroft and then Australia skipper Steve Smith admitted that they did tamper with the ball.
David Warner’s involvement in the act was also confirmed. Australia went on to lose the match and Cricket Australia took some bold calls as they first removed Smith and Warner as the captain and vice-captain of the side. Later, the Australian cricket board handed a one-year ban to both Smith and Warner, while Bancroft was given a nine-month suspension. Australia coach Darren Lehmann also resigned after the episode.
Australia’s T20 World Cup title defence campaign gets underway against New Zealand in Sydney on October 22.
Australia squad for T20 World Cup: