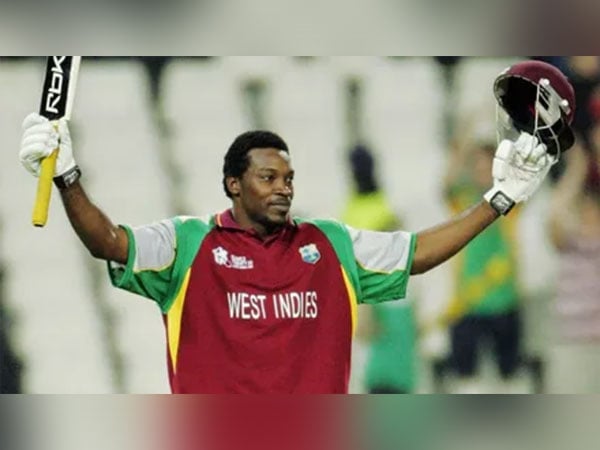 Johannesburg [South Africa], September 11 (ANI): On this day in 2007, West Indies batting legend Chris Gayle etched his name in history books by smashing the first-ever century in T20I cricket history, against South Africa in the opening match of the ICC T20 World Cup 2007 in Johannesburg.
The first-ever T20 World Cup, an experiment of sorts for that time had a perfect start thanks to a high-scoring match between West Indies and South Africa. The cricket crazy fans in Johannesburg and their placards and cheering served as the ideal backdrop for the punishment both teams meted out on each other’s bowlers.
Put to bat first by South Africa, the opening Caribbean duo of Chris Gayle and Devon Smith gave their side an explosive start with the run rate skyrocketing one over at a time. They put on a 145-run stand for the opening wicket in just 78 balls.

Vernon Philander’s medium pace gave Proteas their first breakthrough as Smith was dismissed for 35 off 34 balls. But Gayle raced to his T20I hundred and ended his innings at 117 runs in just 57 balls, consisting of seven fours and ten huge sixes. He fell as the third wicket at 178 runs. The rest of West Indies batters could not really score much and WI ended with 205/6 in 20 overs. van der Wath (2/33) and Philander (2/35) were the most successful bowlers for Proteas.
Chasing 206, South Africa made sure that there was plenty of fireworks in store for their fans as well. Opener Graeme Smith (28) and Herschelle Gibbs gave a good start to their side. They added 54 runs in just 32 balls before Smith was dismissed. However, Gibbs was looking really dangerous as the game progressed. Contributions came from AB De Villiers (16 off 9 ball) and Justin Kemp (46* off 22 balls). Gibbs scored 90* off 55 balls to help his team finish at 208/2 in just 17.4 overs and win the game.
Gayle’s century was only the starting of his legendary journey in the T20 cricket. With each growing year, his stature as a player rose in white-ball cricket. He played for numerous T20 teams in leagues worldwide, most notably Royal Challengers, Punjab Kings and Kolkata Knight Riders in IPL, Melbourne Renegades in Big Bash League.
Fast forwarding to 2022, Gayle has gigantic T20 cricket statistics. In 463 matches, he has scored 14,562 runs at an average of 36.22. He has scored 22 centuries and 88 half-centuries with the best individual score of 175*. He has the highest number of runs and centuries in the format.
He has also represented West Indies in 79 T20I matches, scoring 1,899 runs at an average of 27.92. He scored two centuries and 14 fifties in the format for the national side. (ANI)

AIFF, QFA enter into a strategic alliance for mutual benefit

Lala Amarnath, man behind some of Indian cricket’s most important ‘firsts’