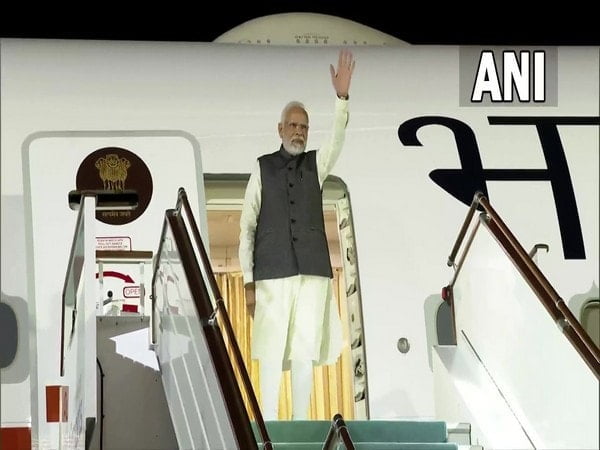 Samarkand [Uzbekistan], September 16 (ANI): Prime Minister Narendra Modi on Friday left Samarkand for India as the 22nd Shanghai Cooperation Organisation (SCO) summit concluded.
PM Modi arrived in Samarkand on Thursday evening to attend the 22nd Summit of the Council of Heads of the SCO Member States (SCO-CoHS).
He was greeted by the host country Uzbekistan’s President Shavkat Mirziyoyev upon arrival.On the sidelines of the summit, PM Modi held bilateral meetings with several SCO member countries.
He met Iranian President Ebrahim Raisi, and discussed wide-ranging bilateral relations with him. The two leaders reviewed the progress in the development of Chabahar Port. They also discussed international and regional developments, including Afghanistan.
Prime Minister also held a bilateral meeting with the President of Uzbekistan Mirziyoyev. The two leaders discussed regional, and global issues as well as other issues of mutual interest. Regional issues, including Afghanistan, were also discussed where they stressed that the territory of Afghanistan should not be used for terrorist activities.
Prior to this, Prime Minister met with Russian President Vladimir Putin. The two leaders held a discussion on the Ukraine-Russia conflict where Putin told PM Modi that he was aware of India’s position on the Ukraine conflict.
The two leaders agreed that India and Russia have had close relations for several decades which are in the nature of a privileged strategic partnership and they continue to develop very rapidly.

Earlier in the day, PM Modi met with Turkish President Recep Tayyip Erdogan and exchanged views on regional and global developments. The two leaders reviewed the bilateral relations and discussed various ways to deepen cooperation in diverse sectors. They also appreciated the recent gains in bilateral trade.
Before departing for India, PM Modi paid floral tribute to the first President of Uzbekistan, Islam Karimov in Samarkand.
The SCO summit this year was chaired by Uzbekistan. Notably, this is the first in-person SCO Summit after the Covid pandemic hit the world. The last in-person SCO Heads of State Summit was held in Bishkek in June 2019.
Ahead of the summit, Prime Minister Narendra Modi, Chinese President Xi Jinping, Russian President Vladimir Putin, Pakistan PM Shehbaz Sharif, Uzbek President Shavkat Mirziyoyev and other leaders also posed for a group photograph.
As India will be the next chair of the SCO, Russian President Putin congratulated India for assuming the presidency the following year. Apart from the Russian President, Chinese President Xi Jinping also congratulated India for the SCO Presidency in 2023 during the meeting of the expanded circle of the Heads of SCO.
“I congratulate India for hosting the SCO next year,” Chinese President Xi Jinping said in a statement during the summit.
The SCO currently comprises eight Member States (China, India, Kazakhstan, Kyrgyzstan, Russia, Pakistan, Tajikistan and Uzbekistan), four Observer States interested in acceding to full membership (Afghanistan, Belarus, Iran, and Mongolia) and six “Dialogue Partners” (Armenia, Azerbaijan, Cambodia, Nepal, Sri Lanka and Turkey).
The Shanghai Five, formed in 1996, became the Shanghai Cooperation Organisation (SCO) in 2001 with the inclusion of Uzbekistan. With India and Pakistan entering the grouping in 2017 and the decision to admit Tehran as a full member in 2021, SCO became one of the largest multilateral organisations, accounting for nearly 30 per cent of the global GDP and 40 per cent of the world’s population. (ANI)