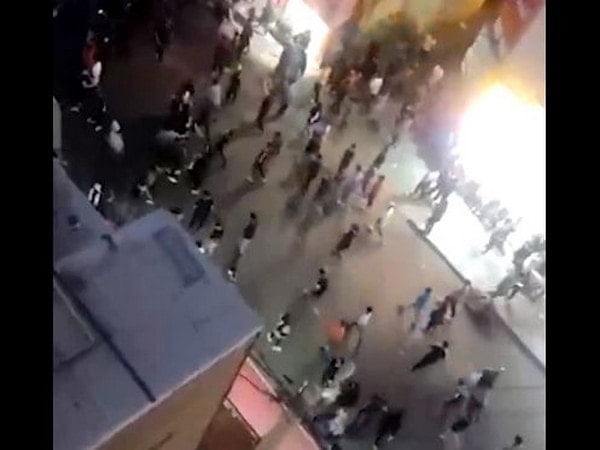 Tehran [Iran], September 22 (ANI): The ongoing protests in Iran intensified on Wednesday as demonstrators hurled stones over security forces following the death of 22-year-old Mahsa Amini days after detention by Iran’s morality police, a US-based media report said.
The protestors burned vehicles and chanted anti-government slogans as the oppression against strict dress codes for women continued in Iran.
Citing the Iranian state media, CBS reported that police used tear gas and arrested to disperse crowds of up to 1,000 people on Wednesday as street rallies spread to 15 cities.

As per Al Jazeera, Mahsa Amini, 22, was on a visit to Tehran with her family when she was detained by the specialist police unit. During detention after some time, she suffered a heart attack and was immediately taken to hospital with the cooperation of the emergency services.

“Unfortunately, she died and her body was transferred to the medical examiner’s office,” state television said on Friday, reported Al Jazeera. The announcement came a day after Tehran police confirmed Amini had been detained with other women for “instruction” about the rules.
Following the death of 22-year-old- Mahsa Amini, several women protesters cut their hair and burnt hijabs to protest against the mandatory veiling of women.
Following the incident that sparked fury on social media, Iranian President Ebrahim Raisi ordered the interior minister to open an inquiry into the case.
Amini’s death comes amid growing controversy both inside and outside Iran over the conduct of the morality police, known formally as the Gasht-e Ershad (Guidance Patrol). The mandatory dress code, which applies to all nationalities and religions, not just Iranian Muslims, requires women to conceal their hair and neck with a headscarf, reported Al Jazeera.
Over the decades, women have increasingly pushed back, particularly in the big cities, wearing their headscarves far back on their heads to reveal their hair. (ANI)

ALSO READ:  Germany to not accept 'sham' referendums by Russia in occupied regions of Ukraine: Scholz