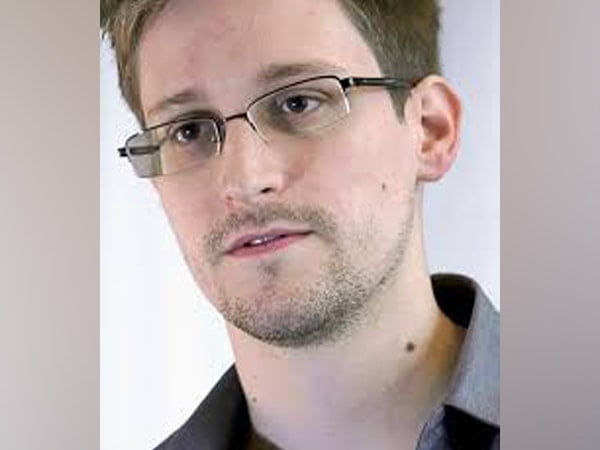 Moscow [Russia], September 26 (ANI): Russia on Monday granted citizenship to former US National Security Agency (NSA) contractor and whistleblower Edward Snowden, who was given asylum in the country after he made sensational claims about a US mass surveillance program back in 2013, according to reports.
President Vladimir Putin today signed a decree today granting Russian citizenship to him, according to CBS News. Similar reports also appeared in Russian media. The move comes at a time when there is tension between USA and Russia over the conflict in Ukraine.
39-year-old Snowden made headlines after making allegations about a US mass surveillance program back in 2013 claiming it was carried out by the NSA where he was a contractor. He fled America and was given asylum by Russia.

US authorities have for years wanted Snowden returned to the United States to face a criminal trial on espionage charges.
In 2016, US Congress released a report saying Snowden has been in contact with Russian intelligence officials since his arrival in Russia, a claim Snowden denied. In an interview in September in 2019, Snowden said he would be willing to return to the US if guaranteed a fair trial.
“One of the big topics in Europe right now is should Germany and France invite me in to get asylum,” he had said.
“And of course I would like to return to the United States. That is the ultimate goal. But if I’m going to spend the rest of my life in prison, the one bottom-line demand that we all have to agree to is that at least I get a fair trial. And that’s the one thing the government has refused to guarantee because they won’t provide access to what’s called a public interest defense,” Snowden had said, as quoted by CNN. (ANI)