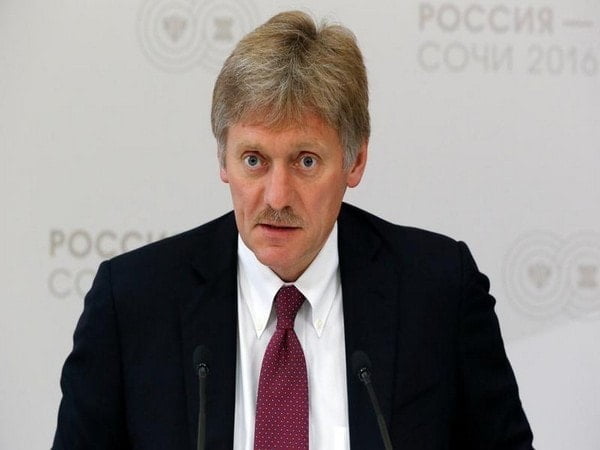 Moscow [Russia], September 29 (ANI): Russia will hold a signing ceremony on Friday to incorporate the annexed four occupied regions of Ukraine at Kremlin, Moscow’s President Vladimir Putin’s spokesman Dmitry Peskov said.
“Tomorrow in the Georgian Hall of the Grand Kremlin Palace at 15:00 [1200 GMT] a signing ceremony will take place on the incorporation of the new territories into Russia,” spokesman Dmitry Peskov said on Thursday, as quoted by Al Jazeera.
He further added that Putin will make a speech at this event.
The referendum by the Russian authorities on the annexation of occupied territories of Ukraine was largely seen as a “sham referendum” and has been widely criticised by various countries.
German Chancellor Olaf Scholz said that Germany will never accept the results of “sham” referendums on joining Russia in occupied regions of Ukraine.
According to Al Jazeera, Scholz made these remarks in conversation with Ukrainian President Volodymyr Zelenskyy. Scholz reaffirmed Germany’s stance saying that the country’s support to Ukraine remains unwavering.
Meanwhile, Canada also said that they will not recognise Russia’s attempted illegal annexation of Ukrainian territories. “Canada does not and will not ever recognise the results of these sham referendums or Russia’s attempted illegal annexation of Ukrainian territories,” Canadian Prime Minister Justin Trudeau said in a statement.

Serbia, too, will not recognise the results of referendums held in four regions of Ukraine partly occupied by Russian forces, President Aleksandar Vucic has said, as per the portal.
“Serbia … will not recognise that [referendums] as it adheres to international law, the United Nations Charter and UN resolutions,” Vucic said as quoted by Al Jazeera.
Meanwhile, Russia’s President Putin signed a decree on Thursday authorising the government to ban some Western trucks from crossing Russian territory.
The ban, which applies to vehicles carrying goods, comes into force immediately and applies to countries with similar restrictions against Russia due to their invasion of Ukraine, according to Al Jazeera.
Looking at the escalation on the Russian side in Ukraine, European Commission on Wednesday proposed a new package of sanctions against Russia which includes a “new listing of individuals and entities as well as new trade bans on Russian products depriving the country’s economy of 7 billion euros in revenues.”
The announcement of fresh sanctions was done at a press conference by European Commission President Ursula von der Leyen. “Russia has escalated the invasion of Ukraine to a new level and we are determined to make the Kremlin pay the price for this further escalation,” she tweeted and mentioned sanctioning “more products that can’t be exported to Russia, in particular key technologies needed for its war machine.”
Proposing a new package of “biting sanctions” against Russia, von der Leyen said that Russia should not benefit from European brainpower and expertise. EU Commission proposed “additional bans on providing European services” that include “prohibition for EU nationals to sit on governing bodies of Russian state-owned companies.”
Furthermore, she said that there must be a legal basis for an oil price cap. “Some developing countries still need some Russian oil supplies, at low prices. This cap will help reduce Russia’s revenues and keep global energy markets stable.”
“We are stepping up our efforts to crackdown on circumvention of sanctions. Therefore, we are adding a new category to be able to list individuals if they circumvent our sanctions. This will have a major deterring effect,” she tweeted. (ANI)