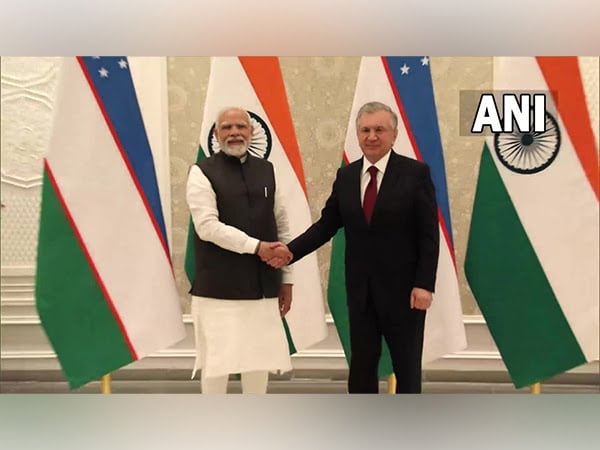 Samarkand [Uzbekistan], September 16 (ANI): Prime Minister Narendra Modi held a bilateral meeting with Uzbekistan’s President Shavkat Mirziyoyev on the sidelines of the Shanghai Cooperation Organisation (SCO) summit in Samarkand on Friday.
Uzbekistan is the current chair of SCO 2022 whereas India will be the next chair of the SCO. Prior to that, President Mirziyoyev welcomed PM Modi to the Congress Centre in Samarkand for the 22nd SCO Summit.
Earlier, PM Modi met Turkish President Recep Tayyip Erdogan and holds a bilateral meeting.
Meanwhile, Putin congratulated India for assuming the presidency the following year. Apart from the Russian President, Chinese President Xi Jinping also congratulated India for the SCO Presidency in 2023 during the meeting of the expanded circle of the Heads of SCO.
“I congratulate India for hosting the SCO next year,” Chinese President Xi Jinping said in a statement during the summit.