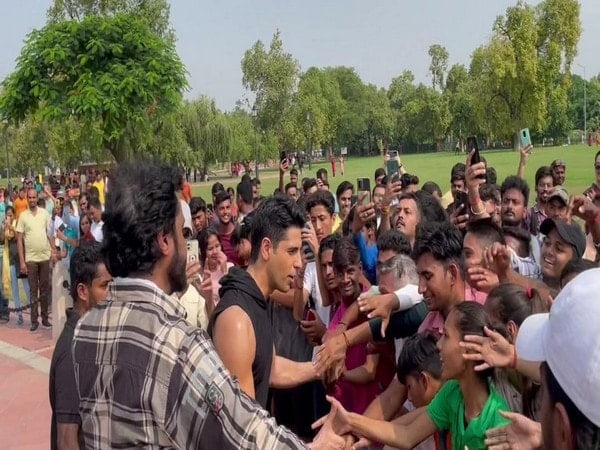 New Delhi [India], September 18 (ANI): Actor Sidharth Malhotra is currently in Delhi for the shoot of ‘Yodha’.
On Sunday, he was spotted at the India Gate filming a few important film sequences. And guess what? His fans thronged the India Gate to catch a glimpse of Sidharth.
Several images and videos have been doing the rounds on the internet in which Sidharth is seen greeting his fans.

He even clicked pictures with them.

Prior to Delhi, Sidharth was in Manali for ‘Yodha’ shoot.
Being helmed by the dynamic duo – Sagar Ambre and Pushkar Ojha, ‘Yodha’ also stars Disha Patani and Raashii Khanna. It is touted as an action thriller.
Apart from ‘Yodha’, Sidharth will also be seen in ‘Thank God’ with Ajay Devgn, Rakul Preet Singh and Nora Fatehi. The film is scheduled to hit the theatres on October 25, 2022.
He also has ‘Mission Majnu’ with Rashmika Mandanna in his kitty. (ANI)