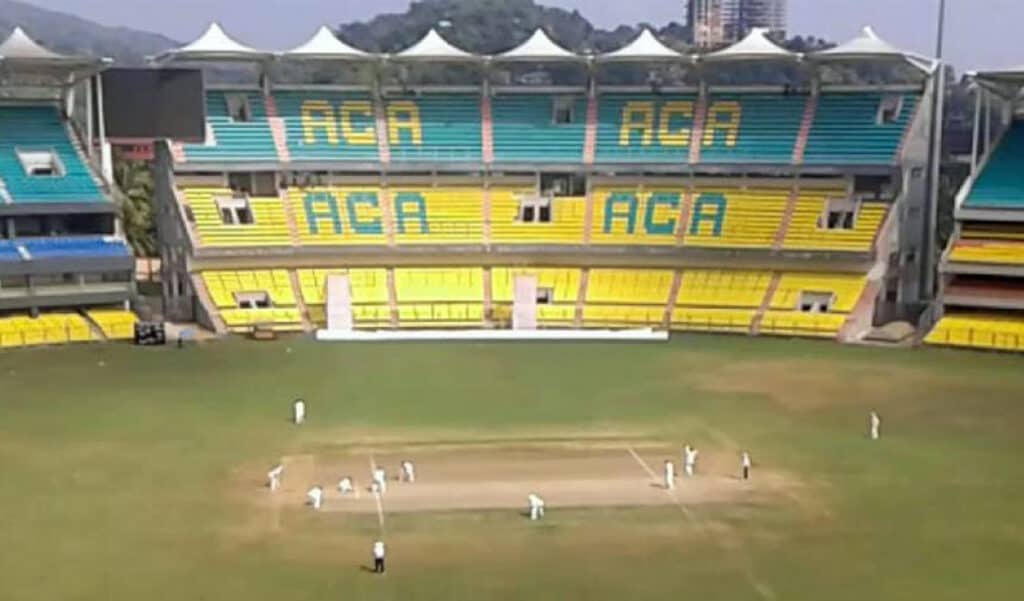 Tickets for the India vs South Africa T20 international at Barsapara stadium in Guwahati to be played on October 2, will be available on September 16, the Assam Cricket Association (ACA) announced on September 15.

Addressing a press conference at the Barsapara stadium in Guwahati on September 15, the Assam Cricket Association officials informed that the tickets for the much-awaited T20I match will be available at BookMyShow.com on September 16 from 11 am onwards.

Ticket prices for the T20I match at Barsapara stadium in Guwahati start from Rs 475 for students and Rs 1500 for general category and ranges upto Rs 6,000.

The ACA official added that no offline tickets will be sold.

“However, everyone will have to collect the hardcopies of the tickets from Nehru Stadium once they purchase the tickets from BookMyShow.com. We will not be able to admit people based on just a simple printout of their online ticket this time. Hard copies can also be home delivered through courier,” said ACA secretary Devajit Saikia.

ALSO READ:  Kohli looking forward to battle in Hyderabad after win in Nagpur Saikia added that the district administration, police and other government agencies are working in tandem to make the event successful. “The match will be exciting as it is being hosted just before the T20 World Cup. The teams are expected to arrive in Guwahati on September 29,” he said.

The officials said that the Guwahati traffic police will draw a detailed plan for movement of vehicles and parking facilities during the India vs South Africa T20I which will be announced closer to the match.