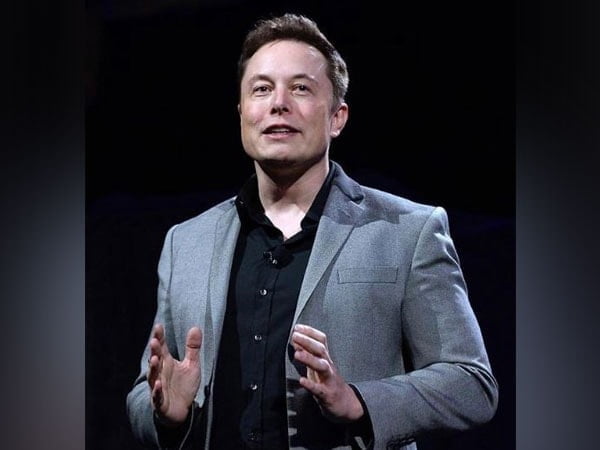 Washington [US], September 14 (ANI): Twitter shareholders on Tuesday approved Tesla chief Elon Musk’s USD 44 billion bid to buy the social media platform.
The approval to accept Musk’s offer of USD 54.20 per share was substantially higher than Twitter’s current trading price, below USD 42 was widely expected. Twitter has forged ahead with the deal, despite Musk’s attempts to back out because of what he says are problems with the company’s business, reported Washington Post.
Shareholders gave their assent to the deal on Tuesday, the company said. The vote took place during a short virtual meeting after brief remarks by Twitter CEO Parag Agrawal.
A US judge on Wednesday (local time) gave a lifeline to Musk by allowing him to amend his complaint against Twitter but rejected delaying the lawsuit over the disintegration of the billionaire’s deal to acquire the social media company.
His attorneys had requested to amend his counterclaims after a whistleblower filed a complaint about Twitter’s security practices, reported Washington Post.
In a mixed ruling, Kathaleen McCormick, the chancellor of the Delaware court, said Musk could add whistleblowing revelations from a Twitter ex-security chief that surfaced in August.
But she denied his request to push back the litigation, saying prolonging the suit “would risk further harm to Twitter too great to justify.”
Musk’s attorneys argued to include allegations by Peiter Zatko, Twitter’s former head of security, that the social media platform hid critical information from them as they pursued a deal to purchase it. They said they should be allowed to incorporate the new allegations and pushed to delay the trial, a request that was denied, reported Washington Post.
The former Twitter security chief Peiter Zatko last month made allegations on Twitter of wrongdoings including “Twitter’s tracking and measurement of user engagement.”
According to US media outlet Axios, Musk’s lawyers on August 29, filed a subpoena for Zatko, asking for “documents and communications” regarding a number of the alleged wrongdoings Zatko made.

Musk sent a second deal termination letter to Twitter by “leveraging” on the recent allegations made by a social media giant whistleblower, media reports said.
In the termination letter, Musk’s lawyers argued that Zatko’s allegations, “if true, demonstrate that Twitter has breached” a set of provisions from its merger agreement with Musk, including its compliance with all laws and that its assertion that it never filed misleading information to securities regulators.
The lawyers cited an allegation from Zatko that Twitter violated a 2011 Federal Trade Commission (FTC) consent decree regarding user data privacy, as well as “its general obligations under data privacy, unfair trade practice, and consumer protection laws and regulations,” as per the media portal.
Notably, Twitter in a 2011 agreement with regulators vowed not to use information gathered for security purposes, like users’ phone numbers and email addresses, to help advertisers target people with ads.
However, it must be noted that the whistleblower complaint is not similar to Musk’s original argument. While Musk’s legal team argued that Twitter violated its deal terms by misleading investors about the number of spam accounts on its platform and stonewalling information requests, the whistleblower alleges that Twitter deceived regulators about its efforts to reduce spam and protect Twitter from security threats.
Musk has been locked in a bitter legal battle with Twitter since announcing in July that he was pulling the plug on his USD 44 billion purchase of the company following a complex, volatile, months-long courtship.
Musk had cancelled the deal because he was misled by Twitter concerning the number of bot accounts on its platform, allegations rejected by the company.
According to The Hill, Twitter claims that the company suffered financial losses as a result of Musk’s withdrawal.
Earlier this month, Musk made a suggestion that the acquisition would still go through if the social media business provided details on fake and bot accounts.
The Hill reports that the shareholder lawsuit was filed in late July and reportedly criticizes Musk for using “lame justifications” to cancel the deal.
The five-day trial is due to go ahead beginning October 17 in the Delaware court. (ANI)