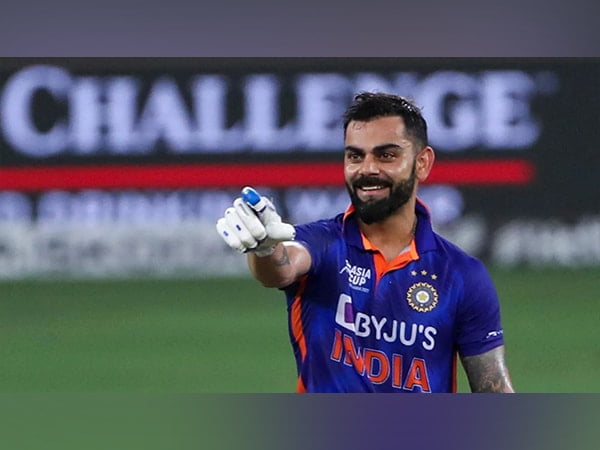 New Delhi [India], September 20 (ANI): India’s celebrated cricketer Virat Kohli has been rated among the best batsman across the globe and is known for his classic style of batting.
The Delhi-born player has also spent his childhood playing street cricket and when he was recently asked about ‘lappa shot’, the star batsman was in complete splits as he went on to recollect some funny moments while describing the meaning of the slang.
Ahead of India’s match against Australia, sportswear brand PUMA shared an entertaining video on its social media platforms, of Kohli spending some fun time off the field as he explained a hilarious street cricket slang, ‘lappa’.

The video, titled Do You Know Your Cricket Slang, went viral as soon as it was uploaded.
“Lappa is a slog over mid-wicket. A guy who doesn’t probably know how to bat well knows only one shot which is lappa,” Kohli said.
Reminiscing his street cricket days, he added: “We have played a lot like this. And there were a lot of players who knew only this shot, just a slog over mid-wicket. It would be very frustrating for me as well as the team to see the batsman getting out playing that shot. It is fine if you get out while playing proper [cricketing] shots.”
The modern-day great, who shares a close association with PUMA since 2017 and collaborates with them on brand one8, recently struck his 71st century with a magnificent knock, which was a treat to Indian cricket fans who witnessed glimpses of vintage Kohli. Fans would be hoping that their favourite batter would continue his form in the upcoming key tournaments. (ANI)