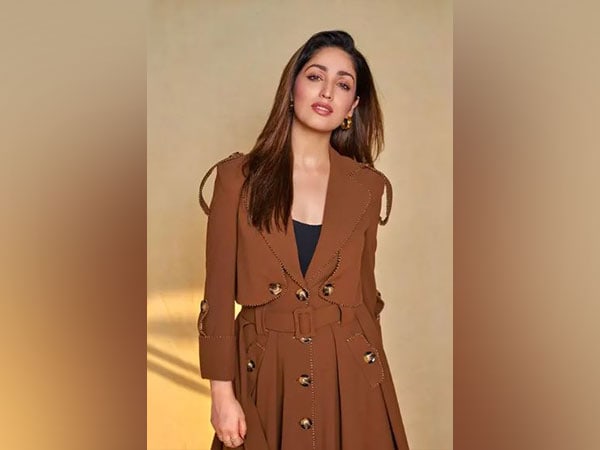 New Delhi [India], September 22 (ANI): Actor Yami Gautam is super excited as her film ‘Lost’ is all set to premiere at the Chicago South Asian Film Festival.
Yami was recently spotted at the Mumbai airport while she was heading to Chicago to attend the premiere of her film. She was seen wearing a full black attire with a black hoodie, black leggings and a black cap with dark shades.

Sharing her delight over the selection of the film for the Chicago South Asian Film Festival, Yami said, “I can’t be happier and more proud of the film’s selection for the opening night at CSAFF. I feel like it’s one that the people will connect to and will be the one that you cannot miss, especially in the current age and time.”

‘Lost’ is directed by Aniruddha Roy Chowdhury. It will be screened at Chicago South Asian Film Festival on September 23.
Lost also stars Pankaj Kapur, Rahul Khanna, Neil Bhoopalam, Pia Bajpiee and Tushar Pandey.
The 33-year-old actress is also working on OMG 2 and two other projects which are yet to be officially announced. (ANI)