“You’re my Shakti Astra,” says Neetu Kapoor as she wishes son Ranbir on his birthday 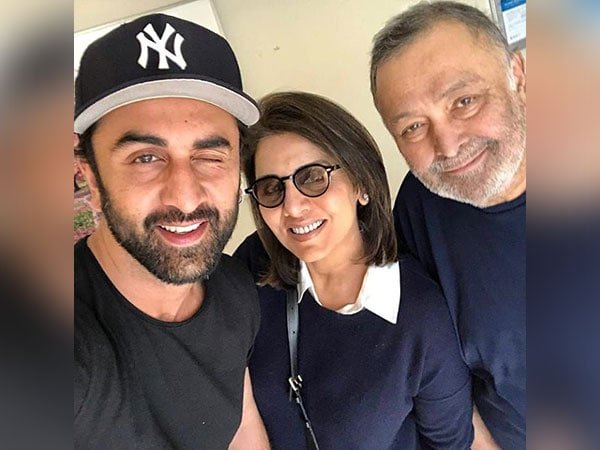 New Delhi [India], September 28 (ANI): On the occasion of Ranbir Kapoor’s 40th birthday, his mother and veteran actor Neetu Kapoor sent warm wishes to the ‘Besharam’ actor.
Taking to Instagram, the actor shared a post which she captioned, “This has been quite a milestone year for You for US !!! Miss your father as he would have been the happiest proudest im sure he is orchestrating from up there !!! Happy birthday love you the mostestttt rana you are my Shakti Astra #bestfriend #strength.”

In the picture, the mother-son duo could be seen smiling together.
Soon after the ‘Yaarana’ actor shared the picture, netizens swamped the comment section with red heart emoticons.
Ranbir Kapoor and his wife actor Alia Bhatt are expecting their first child soon.
Meanwhile, Ranbir Kapoor’s recently released film ‘Brahmastra: Part-1 Shiva’ got a massive response from the audience, and the film collected over Rs 200 crores worldwide.
Helmed by Ayan Mukerji, the film also starred Alia Bhatt, Amitabh Bachchan, Mouni Roy, and south actor Nagarjun in the lead roles.
He will be next seen in director Luv Ranjan’s next untitled romantic comedy film alongside Shraddha Kapoor and in director Sandeep Reddy Vanga’s gangster drama film ‘Animal’ along with Rashmika Mandanna, Anil Kapoor, and Bobby Deol.
Neetu, on the other hand, will be next seen in the film ‘Letters to Mr Khanna’ opposite actor Sunny Kaushal. (ANI)