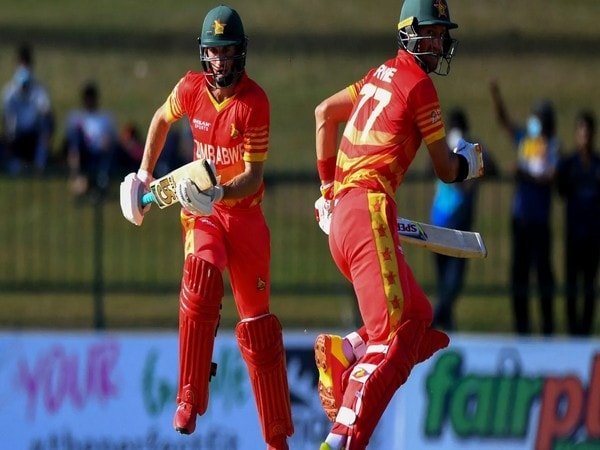 Harare [Zimbabwe], September 16 (ANI): Zimbabwe announced their 15-member squad for ICC Men’s T20 World Cup on Thursday, with captain Craig Ervine returning from injury to lead the side.
Pace spearhead Blessing Muzarabani also makes the 15-member group after staying away from the action in the recently concluded Australia tour.
Craig Ervine returned from a hamstring niggle to lead the side. The squad also sees a return from injuries for Tendai Chatara, Wellington Masakadza, and Milton Shumba while Blessing Muzarabani also comes back to marshal the pace attack.
Chatara returns from a collarbone fracture while Muzarabani, who traveled with the team to Australia without playing a game, is back fit and firing. Masakadza and Shumba come back from shoulder tendon and quadricep injuries respectively.
While the experienced Regis Chakabva, Sikandar Raza, and Sean Williams were obvious choices, Bradley Evans, Tony Munyonga, and Clive Madande have also made the cut.
Tadiwanashe Marumani, Innocent Kaia, Kevin Kasuza, Victor Nyauchi, and Tanaka Chivanga have been named as reserves.
Zimbabwe’s campaign at the ICC Men’s T20 World Cup 2022 will start on October 17, when they face Ireland in the first of three Group B fixtures that will be played at the Bellerive Oval in Hobart, Tasmania.