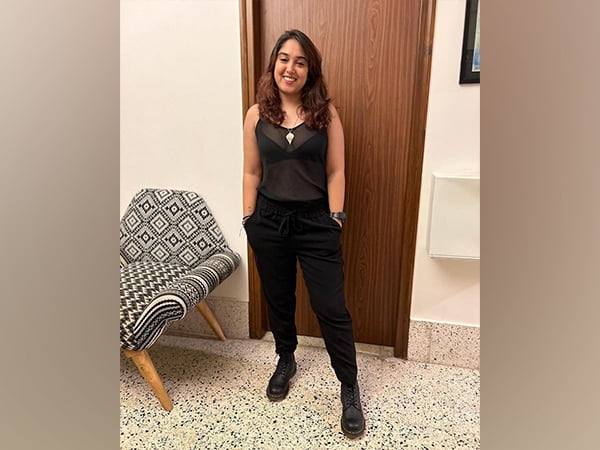 Mumbai (Maharashtra) [India], October 3 (ANI): Bollywood star Aamir Khan’s daughter Ira Khan, who recently got engaged to her beau Nupur Shikhare, shared a video flaunting her ring on Sunday, on social media.
Taking to her Instagram stories, Ira re-shared a video featuring his beau Nupur.
The video features moments of the couple from their engagement proposal, their cycling outings to lunch dates. Ira was seen flaunting her engagement ring.

David Guetta & Bebe Rexha’s song ‘I’m Good’ is playing in the background.
The couple had been dating for two years took to Instagram, to share a post making the announcement of their engagement.
Recently, during a cycling event, Nupur went down on his knee with a ring in his hand and asked his lady love that “will you marry me?”. Ira responded with a ‘yes’ and they sealed the deal with a kiss. The crowd around them were seen cheering and clapping.
Sharing the video the duo wrote, “Popeye: She said yes. Ira: Hehe. I said yes.”
Ira and Nupur share pictures and videos from their time together. The couple officially announced their relationship in 2020. Ira took to Instagram and announced that they are dating.
Aamir shares daughter Ira with his ex-wife Reena Dutta. Aamir and Kiran got married on December 28, 2005. They welcomed their first son, Azad, through surrogacy in 2011. Aamir was earlier married to Reena Dutta but got separated in 2002. He has a daughter Ira and a son Junaid from his first marriage with Reena. (ANI)