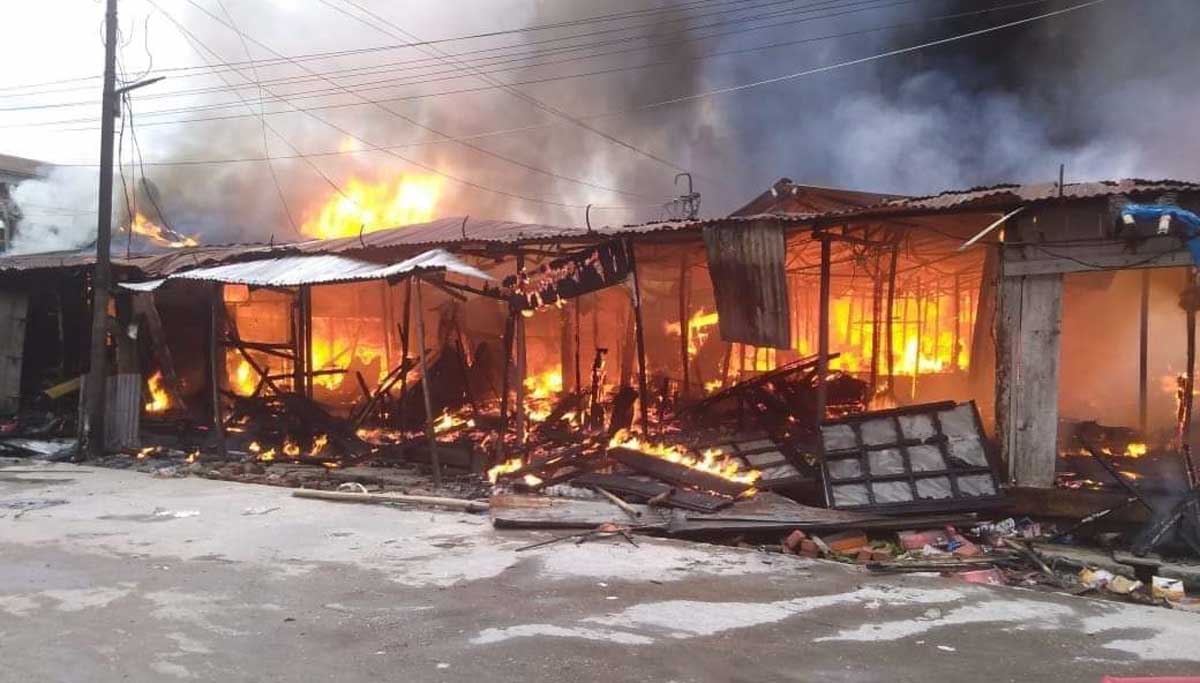 Barely a day after a massive fire devastated more than 700 shops at Naharlagun daily market, the Arunachal Pradesh government on October 26 suspended two fire officers for their alleged dereliction of duties.

“A preliminary enquiry revealed that the OC and night duty in charge failed to discharge their responsibilities in an overall effective response. An administrative action vide their suspension order was issued by the directorate of fire & emergency services, pending a formal fact-finding enquiry,” Arunachal Pradesh Police (APP) PRO Rohit Rajbir Singh has said.

The October 25 morning inferno had ravaged the entire Naharlagun daily market, rendering the helpless shopkeepers losing their livelihood. There were, however, no reports of any human casualty, he said.

The daily market is located adjacent to the Naharlagun fire station and police station.

Despite the market’s proximity to the fire station, the fire personnel failed to respond on time, the shopkeepers alleged.

They also claimed that the fire tenders were not carrying enough water when they arrived and the personnel had to travel a long distance to refill the engines.

Singh said it took nearly more than five hours to bring the blaze under control and stop its spread to nearby buildings. It is estimated that around 700 shops were gutted in the fire incident.

A total of four fire tenders from Naharlagun and Itanagar fire stations along with an adequate fire crew were engaged in the firefighting.

Acknowledging the delayed response to the fire call, the PRO stated that due to a lack of water filling facility at the Naharlagun fire station, the fire tenders got the refilling done at a private facility of Lekhi iron factory, which is at a distance of around 5 km from the site of the incident.

Further, the prevailing road conditions delayed the movements of the fire tenders.

The narrow lanes within the congested market and the presence of highly inflammable materials like cooking oil, plastic materials, and textile goods contributed to the uncontrolled rapid expansion of fire, he said.

There was a major public hue and cry on the loss of livelihoods and allegations were raised against Fire personnel posted at Naharlagun FS.