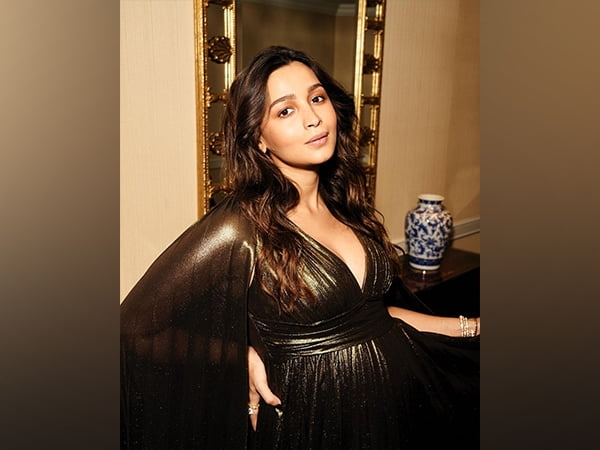 Mumbai (Maharashtra) [India], October 3 (ANI): Ever since actor Alia Bhatt announced her pregnancy in June, she has been showering her fans with cute moments from her preggers diary.
On Sunday, the mom-to-be gave a special and cute speech while accepting the Time100 Impact Award in Singapore. At the end of the speech, Alia gave a shout-out to her unborn baby. Yes, you read it right.
“I think 10 years ago when I started working, all I thought about was how I would one day take over the world. How everyone, everywhere would know who I am and how hardworking and talented and intelligent and bright and flawless I am. I wanted to be perfect and I wanted the world to know it,” she said.
Alia also talked about her flaws. She emphasised in her speech that she might be poor in a lot of things but emotional intelligence is not one of them as she has consciously honed that trait in herself.
She stated, “Tonight, I want to take a moment with you all to celebrate my flaws along with my strengths. For example, I’m terrible at spelling. Like, really bad. But I do know what to say to someone who’s vulnerable. I have no sense of geography. Zero. I do not get directions. But I have a deep sense of respect and regard for different cultures. My general knowledge is widely known to be weak. But my emotional intelligence is something that I’ve worked really hard to cultivate. I have a tendency to be hard on myself with regards to my weight and my appearance. But I never say no to French fries because, you know, YOLO (You only live once).”

Thanking her family members for being there for her through thick and thin, she added,” Thank you to you all for patiently listening to me. Thank you to my team, for constantly being there for me. Thank you to my family; my mom (Soni Razdan) for bringing me on to this planet; my father (Mahesh Bhatt); my sister Shaheen Bhatt, who has helped put my talks into words; my husband Ranbir Kapoor. I need to give them separate awards for putting up with me on a daily basis. And lastly, when it comes to making an impact, I hope I can continue to do so in whatever way possible.”
“But for now, tonight, this award has genuinely made an impact on me–me and my little one, who has relentlessly kicked me throughout this speech. Thank you so much,” Alia concluded, receiving a round of applause from the audience.


The end part of her speech won many hearts on social media.
Reacting to it, a social media user commented, “Hahahahha, so cute.”
“One of the cutest speeches I have ever heard. Congratulations Alia,” another one tweeted.
Alia tied the knot with Ranbir Kapoor in April 2022 in a close-knit ceremony at their residence. In June, Alia announced her pregnancy on Instagram as she shared a photo from the hospital. (ANI)