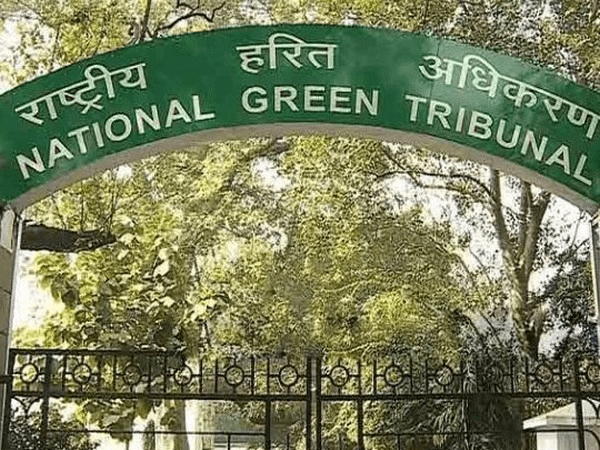 New Delhi [India], November 8 (ANI): The National Green Tribunal (NGT) has directed that the Ranthambhore Music Festival may be permitted only if it is subjected to the conditions as laid down by a joint committee of the National Wildlife Board, Government of India (GoI) and Chief Wildlife Warden, Rajasthan after due consideration of its impact on the wildlife and the ecosystem.
The bench headed by Tribunal Chairperson Justice Adarsh Kumar Goel in an order passed on November 7, said, “it appears to be difficult to rule out the possibility of disturbing the wildlife and eco-system by such a large event close to the Tiger Reserve. An informed decision in such a matter by the statutory regulator is necessary in absence of any express permission when the event is within 10 kms of the Tiger Reserve.”
National Board for Wildlife in coordination with other concerned authorities, including the National Tiger Conservation Authority may issue appropriate guidelines with regard to such events in the vicinity of other National Parks in the country, preferably within one month. If any such guidelines have been issued, the same may be updated with further inputs, if any. Compliance may be ensured by the District Magistrate and Superintendent of Police, Sawai Madhopur, said the NGT.

The NGT further said that it is well known that Ranthambhore Tiger Reserve is an eco-sensitive zone. Activities in its vicinity have to be regulated to ensure that there is no harm to wildlife. It is difficult to accept that such events have no relevance for the protection of wildlife. No evaluation has been undertaken by any statutory regulator or even by the event organizer that it will have no adverse impact on the wildlife.
The senior lawyer, who appeared for the event organizers’ firm stated: the event called “Ranthambhore Festival” is being organized since 2017 to promote the art and culture of the area. The event is organized at Hotel Nahargarh. The brochure stated that it is approximately 5 kms from the Ranthambhore National Park, (notified as such under the Wildlife (Protection) Act, 1972). Audience size is 500-600. The event will be within the Hotel complex at its amphitheatre. Only fabric banners and recycled material is used. There is DG stage but guests use wireless headphones.
The event has all permissions/approvals. The PP has made huge investments and efforts for organizing the event, said the counsel who appeared for the event firm.
Senior counsel for the firm further submitted that there is no legal restriction under the law for the event in the hotel where such activities are routine as music is life and there will be no harm to the wildlife, the hotel itself is far away from the Tiger Reserve but he was willing to give an undertaking that there will be no music and light in the proposed event except by the use of headphones and the activity will be shifted to indoors from the amphitheatre.
The proceedings have been initiated in the matter and a suo motu by the NGT to consider the impact of the proposed musical festival close to the Tiger Teserve in Ranthambhore, Rajasthan, as publicly announced on the website. (ANI)

No mention of economic backwardness for reservation in Constitution: Karnataka LoP on SC’s verdict on EWS quota