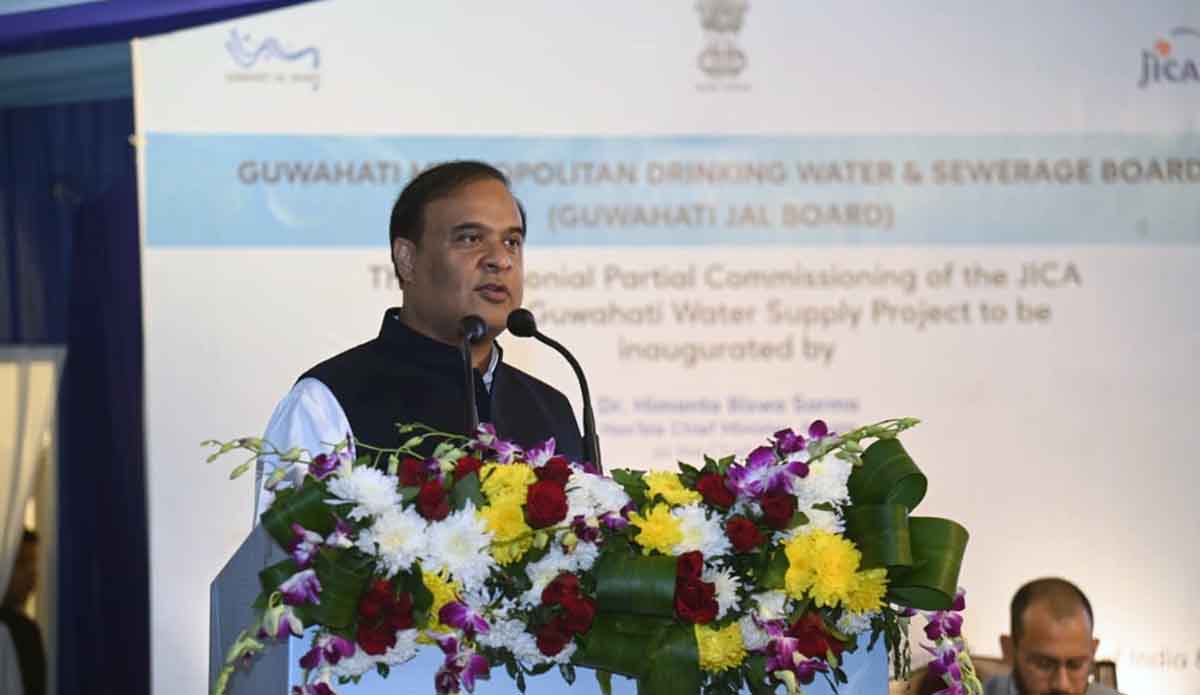 Assam chief minister Himanta Biswa Sarma on December 21 inaugurated the partial commissioning of JICA-assisted Guwahati Water Supply Project at an event held on the premises of its water treatment plant at Kharghuli in Guwahati.

The project, launched in 2009 with the aim to provide clean potable water to the residents of Guwahati, is scheduled to be ready for full commissioning by March 2024 and has the capacity to cater to 1.25 lakh households in parts of the city with 24-hours water supply.

The partial commissioning on December 21 would enable the Guwahati Jal Board to provide water to approximately 13,000 households in the city’s multiple localities.

Addressing a public meeting correlating with the event, Sarma termed the partial inauguration a milestone in fulfilling the hopes and aspirations of the residents of Guwahati.

The chief minister exuded confidence the partial commissioning of the project would be able to mitigate the water scarcity woes of a large number of Guwahati households.

He further stated that the aim was to provide water supply to more than a lakh households, adding all necessary steps are being taken to ensure the completion of the entire project by March 2024.

He added the partial commissioning would provide the residents of East Guwahati with a well-maintained water supply system, which was one of their long-standing demands.

Referring to the delay of 13 years between the launch of the project in 2009 to its partial commissioning, Sarma expressed his gratitude towards Japan International Cooperation Agency (JICA) for its flexibility and patience for more than a decade.

Sarma further expressed his regret at the slow pace of the project in the initial years after its launch, while assuring all JICA-assisted projects currently under various stages of implementation in the state, would be accorded top-most priority by his government.

Sarma remarked that projects such as the one partially commissioned on December 21 would act as catalysts in realising prime minister Narendra Modi’s aim of sustainable growth and development of Assam and the rest of the Northeast.

The CM said the water supply project is not a project alone but symbolises the relationship of deep trust and mutual respect between India and Japan.

US announces USD 85 billion in additional security assistance for Ukraine