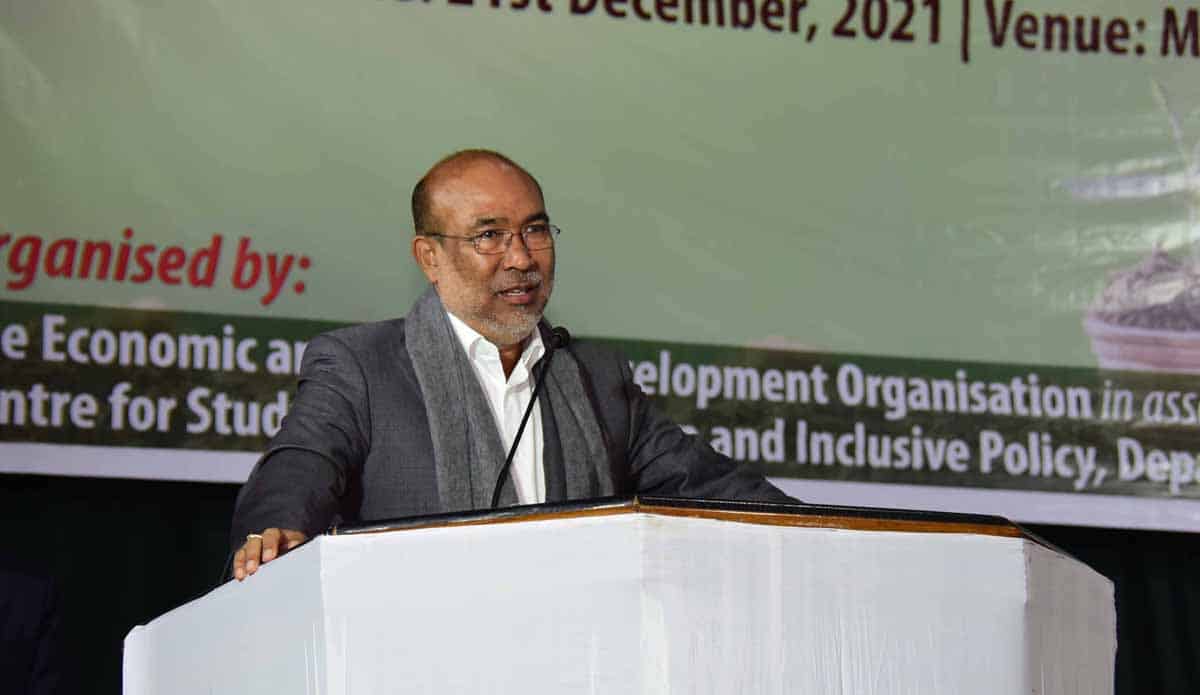 CM Biren Singh was speaking during the inauguration of a workshop on ‘Sustainable agriculture and organic farming: Health hazards of agro-chemicals use in food production’ at Manipur University, Canchipur.

The chief minister said that no matter how many seminars or discussions are conducted, one cannot achieve success unless they work in mission-mode with a target.

Biren Singh lauded officials of the horticulture and agriculture departments and said that these officials have worked with sincerity and aggressively ensured massive change in the sector.

Lauding the hard work of the farmers and the capabilities of the officials, N Biren Singh said that Manipur can be among the top states in the country. “Today, Manipur has been adjudged best improved small state for three consecutive years,” he added.

Highlighting steps taken up in the state to encourage farmers, the chief minister said that Rs 80 crore has already been earmarked in the budget to buy back rice from the state’s farmers.

“We are trying to bring the changes,” the chief minister said stressing that “we are moving forward with opinions, advice and suggestions from experts”.

Biren Singh also deliberated on the issue of water scarcity in the state and expressed concern over the depleting jungle cover of the state.

He said there will be no water in the lakes and rivers if there are no forests. “We are concentrating on groundwater,” he said, adding that the installation of 550 groundwater tube wells and 375 wells are under process in the state.

He said the government has also identified a site in the Mayang Imphal area for composting phumdis from Loktak to organic fertilizer.

The chief minister also highlighted that the state will showcase women’s empowerment in the state during the March 17-18 G-20 event in Manipur by highlighting various achievements of the state’s women including Ema market, startup women entrepreneurs, etc.