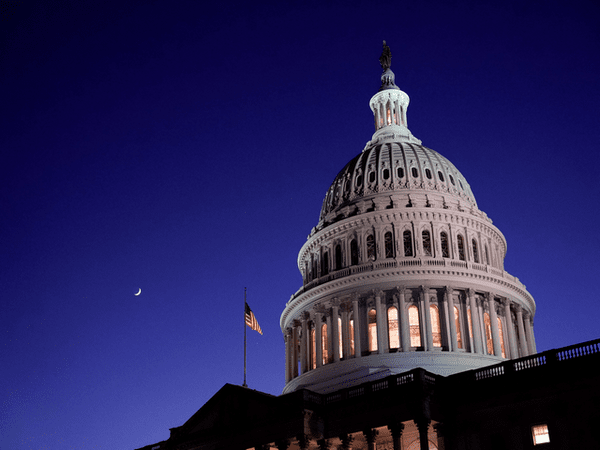 After the US House of Representatives passed a USD 1.7 trillion spending Bill to aid Ukraine against the ongoing Russian aggression, a USD 45 billion aid package was also given a green flag on Saturday, Al Jazeera reported.
In a tweet thanking Congress and leaders of both parties for the aid, Zelenskyy said it was “crucial” that Americans are “side by side” with Ukrainians “in this struggle”.
“Thank you Congress, @SpeakerPelosi, @GOPLeader, @LeaderMcConnell, @SenSchumer, @SenatorLeahy, @rosadelauro for additional USD 45 bln aid to ,& for unwavering bipartisan support in our fight for freedom. It’s crucial that people’re side by side w/ people in this struggle,” Zelenskyy tweeted.
The Ukrainian president returned from Washington, DC, his first trip outside Ukraine since Russia invaded on February 24 with the promise of a Patriot surface-to-air missile battery to strengthen his strained air defenses, Al Jazeera reported.

The Bill passed mostly along party lines, 225-201. The measure will now go to President Joe Biden to be signed into law.
The Senate passed the legislation on Thursday along with a Bill to extend the deadline by one week, to December 30, to provide enough time for the yearlong bill to be formally processed and sent to Biden.
The House approved the one-week extension on Friday ahead of the final vote on the broader spending Bill.
The massive spending Bill for the fiscal year 2023, known on Capitol Hill as an omnibus, provides USD 772.5 billion for non-defence and domestic programmes and USD 858 billion in defence funding.
It includes roughly USD 45 billion in emergency assistance to Ukraine and NATO allies and roughly USD 40 billion to respond to natural disasters like hurricanes, wildfires and flooding, reported CNN. (ANI)