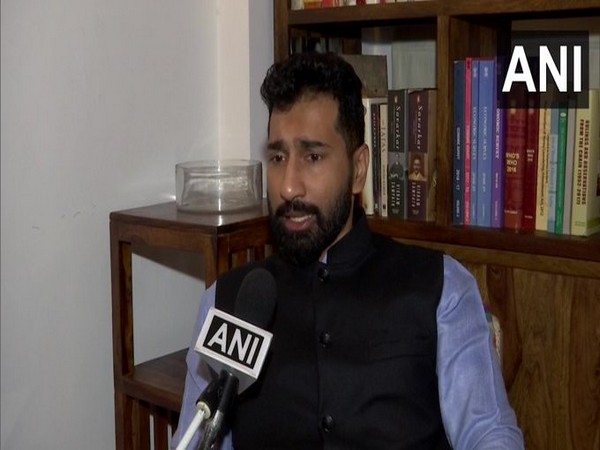 New Delhi [India], January 25 (ANI) Congress leader Anil K Antony, the son of former Union Minister A K Anthony on Wednesday announced his resignation from the party, a day after he criticised the BBC documentary on Prime Minister Narendra Modi.
“This is my personal decision and I do think this is the best course of action. I did not discuss it with my father. I’ve sent my resignation and I hope that the leadership will accept it. I don’t think this Congress has space for me,” Antony said.
He alleged that he had received threat calls and hate messages “through the night”.
“A lot of things that happened in the last 24 hours, especially from certain corners of Congress, have hurt me a lot,” Anthony told ANI.
In a tweet today Anthony said that he was facing “intolerant calls” to retract one of his previous tweets in which he had condemned the documentary on PM Modi and termed it a “dangerous precedent.”
In his resignation letter, Anthony said he did not give in to the demands to retract the tweet and instead was submitting his resignation from the party. The former Defence Minister’s son also took a potshot at the ongoing Bharat Jodo Yatra by Rahul Gandhi.
Anil Antony tweeted today: “I have resigned from my roles in @incindia
@INCKerala. Intolerant calls to retract a tweet, by those fighting for free speech. I refused. @facebook wall of hate/abuses by ones supporting a trek to promote love! Hypocrisy thy name is! Life goes on. Redacted resignation letter below.”
Anthony said it would be “appropriate” for him to step down from his roles as the convener of the KPCC digital media and also the national co-ordinator of the Congress social media and digital communication cell.
“By now, I have been made well aware that you, your colleagues, and the coterie around the leadership are only keen to work with a bunch of sycophants and chamchas, who would unquestionably be at your beck and call. This has become the lone criterion of merit. Sadly we don’t have much common ground,” Anthony wrote.
He added, “I would prefer to continue my other professional endeavors without being fed this negativity, and being involved in these destructive narratives, many against the very core interests of India. These I strongly believe will end up in the dustbin of history with time.”
In a tweet on January 24, Anthony had hit out at the BBC terming it as “a state sponsored channel with a long history of prejudices” against India.
“Despite large differences with BJP, I think those in India placing views of BBC, a UK state-sponsored channel with a long history of prejudices, and of Jack Straw, the brain behind the Iraq war, over Indian institutions is setting a dangerous precedence, will undermine our sovereignty,” Anthony tweeted.
Meanwhile, Democratic Youth Federation of India (DYFI), the youth wing of CPM, the Students Fedration of India (SFI) and the Congress screened the documentary ‘India: the Modi Question’ at various places in Kerala yesterday.