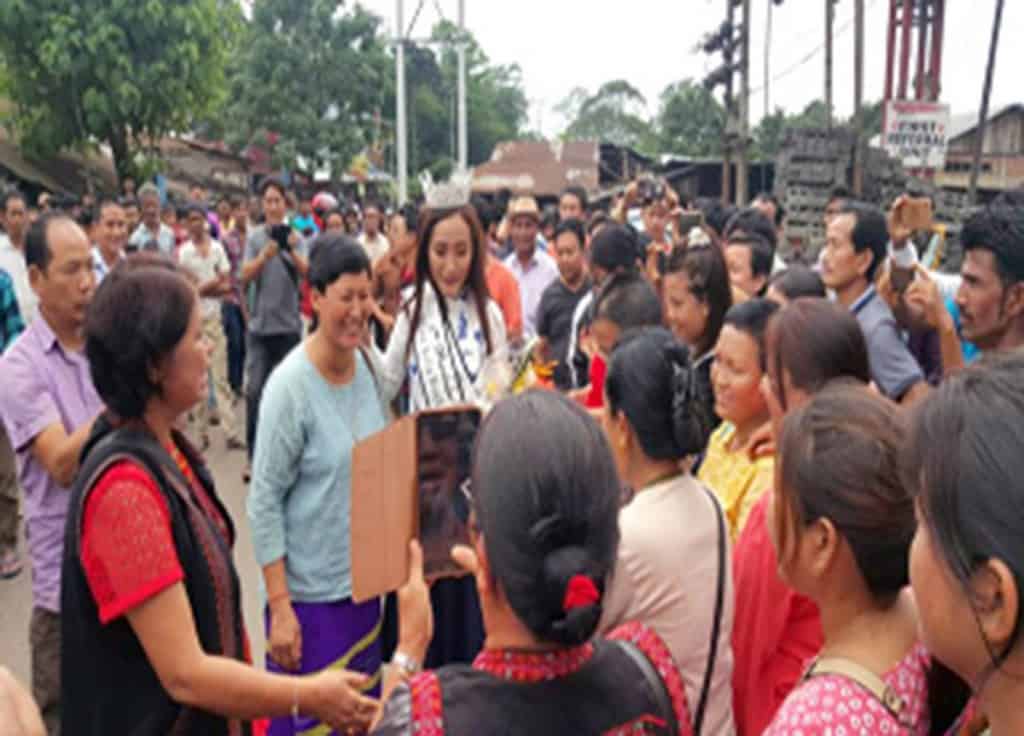 The Pasighat-beauty was the fifth-runners up in the competition while winning the “Miss Internet” sub-title by securing the highest number of votes in the recently concluded ‘Miss Asia World’ beauty contest at Lebanon.

Darang was received from the Ruksin gate, at the Assam-Arunachal border, by a large crowd. The members of the organizations took her on a special vehicle for a road show around Pasighat market, which finally culminated in a formal programme at Engo Takar Dere, the festival ground in the eastern town.

Extending her sincere thanks to everyone for encouraging her daughter, Chum Darang’s mother, Yamik Dulom Darang said, “It was a tough time for all the family members as the participation in an international event involved huge expenses.”

Deputy Commissioner, Tamiyo Tatak, who was also present during the programme, advised all other young girls to learn and be inspired by Chum Darang, who has made Pasighat and Arunachal proud.

On her part, Chum Darang advised the younger generation, especially young girls aspiring to become models, to have confidence and dream big. She also advised them to stay away from drugs, alcohol and other addictions as these are great deterrent to one’s ambition and dream.