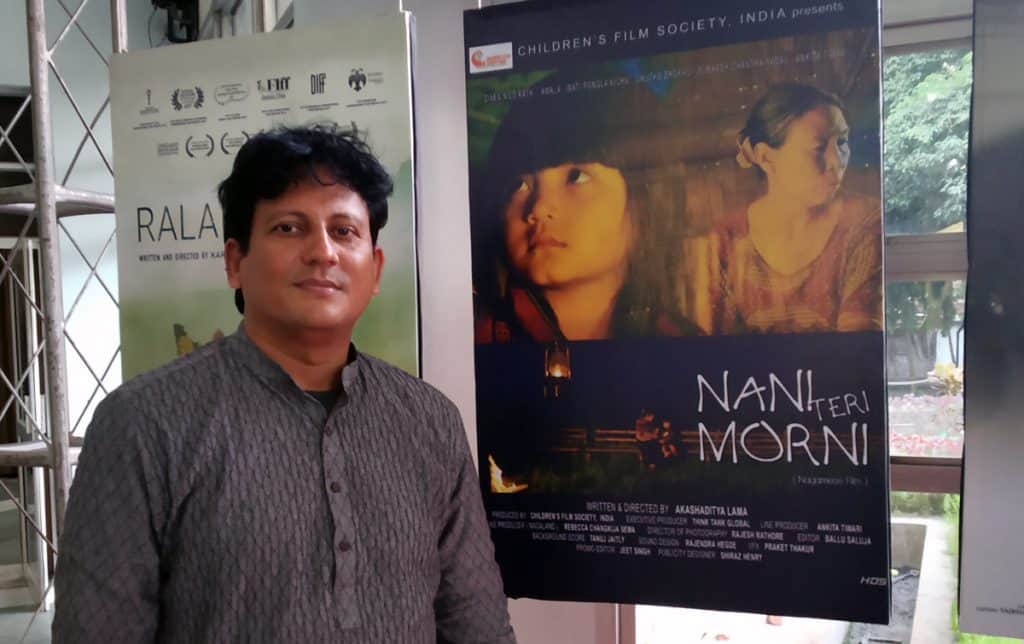 Nani Teri Morni, the first Nagamese language to be selected for Indian Panorama, was recently screened at the Guwahati International Children Film Festival. Mumbai-based Akashaditya Lama, who has directed the film, said that the film has changed his idea about Nagaland during an exclusive interview with The News Mill.

“I haven’t visited Nagaland before 2016. Obviously, there were so many things going on and people used to tell me not to come here. It was almost like I will not come back alive if I visit Nagaland. Coincidentally some ambush took place just when I arrived. Other crew members, who are from Mumbai, too were very reluctant to come here to shoot. Many even suggested me to shoot the film in some other places,” Lama told The News Mill.

But after the shoot was over, Lama, along with the rest of the team members, returned home with fond memories. “The people of Nagaland gave us immense love and cooperation for which we could successfully complete the film. I must say it’s a great experience and now I’m proud that I have several Naga friends,” Lama added.

Narrating his story of struggle during the shooting of Nani Teri Morni which was produced by the Children Film Society, Lama said that he wanted to make the film as real as possible as he was shooting in Nagaland.

Speaking about filming in the Northeast region, Lama said that the state governments should help the filmmakers so that tourism industry can be boosted. “It’s little unfortunate that the kind of support from the government which we needed was missing. Because you see, to go and shoot in Thailand is cheaper than coming here. So, why would anyone prefer to come here if the government doesn’t give you a helping hand? I wanted to shoot at more locations in the interior areas but the support was not there. The big production houses will not come here for various reasons. So, you really need to target the middle range filmmakers to promote the locations of the region,” said Lama.

NEUFC settle for 1-1 draw against Pune, need to win against Kerala to qualify