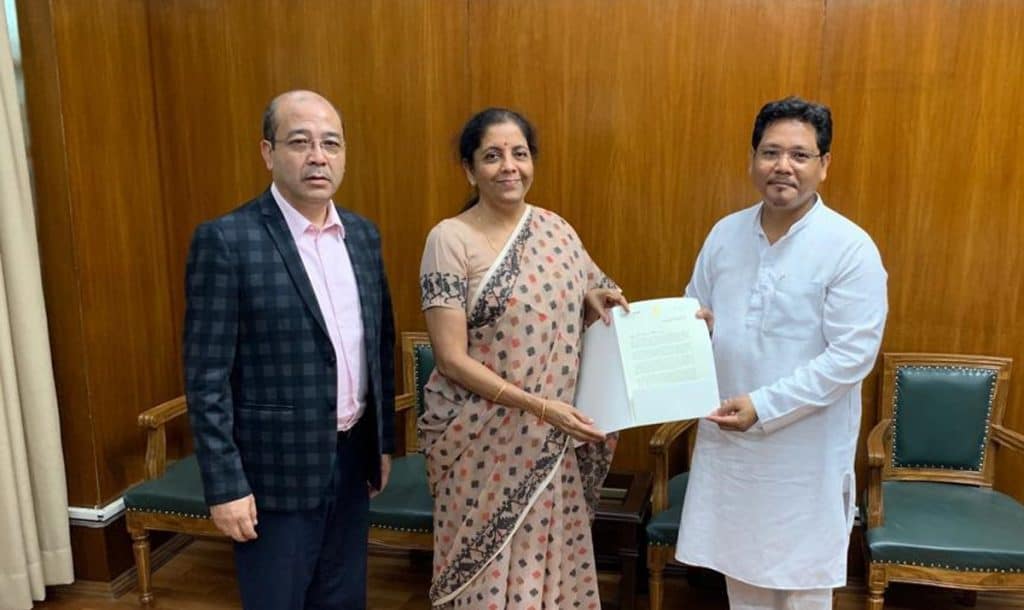 Meghalaya Chief Minister Conrad K Sangma on Tuesday called on Union Finance Minister Nirmala Sitharaman. During the meeting, the chief minister informed the overall financial position of the state and measures adopted by the state government to increase its revenue share.

The chief minister, who was accompanied by Tourism Minister Metbah Lyngdoh, requested the Union minister for sanctioning of additional funds for different development projects.

Sangma also apprised the finance minister on the upcoming National Games 2022 and has requested for centre’s support.