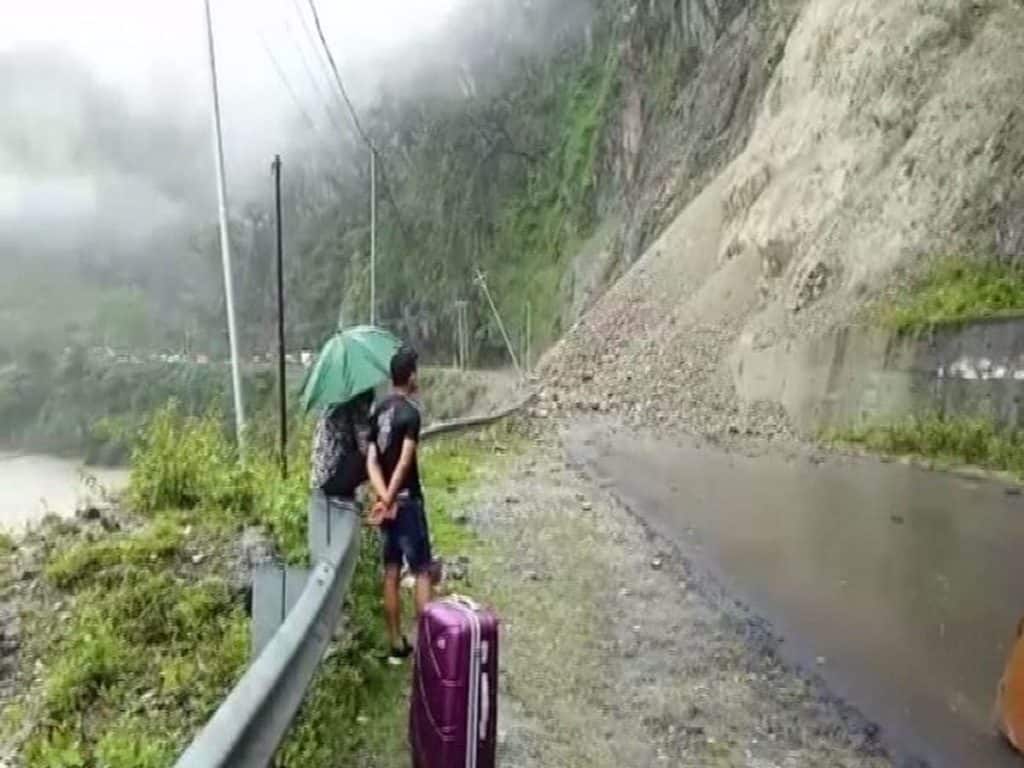 Sikkim and major parts of Darjeeling hills continued to remain cut off from the rest of the country for the third day on July 13 following landslides on arterial roads NH10 and NH31 triggered by heavy rains, while Terai and and Dooars areas of north Bengal were badly affected after water marooned residential and cultivable land.

Official sources said, though NH10 for some hours was opened during Friday evening and some vehicles plied to Gangtok, fresh landslides triggered by rains blocked road at Swetijhora and Kalijhora, and road menders were working to restore the link.

Meanwhile, the body of Aman Garg, a tourist from Jaipur in Rajasthan, was fished out from Teesta on July 12, three nights after three persons in a SUV plunged into swelling river near the Corronation bridge from Sevok Road.

The body was recovered 20 kms downsteam from the site of accident.

The search operation was still on to locate the SUV in which Garg and his relative Gaurav Sharma and driver Rakesh Rai (34), a resident of Sevok Road were travelling.

Large areas in the Dooars and Cooch Behar remained under knee-deep water as water from the upper hills bordering Bhutan continued to flood major north Bengal areas affecting both train and vehicular traffic.

Besides the landlock Sikkim in the eastern Himalaya, many parts of Darjeeling, Kurseong and Kalimpong have remained cut off from plains in the Siliguri for second day on July 13 owing to road blockade on arterial NH10 and NH 31, triggered by heavy rains for past week.

A report said red alert has been sounded following swelling of Teesta and some 3586,90 cusec water have been realesed from Teesta barage on July 13.

Dykes at Leese river caved in causing gushing of water Sargaon village in the Dooars, and spate of Mahananda also inundated cultivable lands where acute shortage of drinking water was also reported in several villages after the underground wells flooded with muddy water.