P Sushila Chanu, former captain of Indian women hockey team, is one of the most experienced players in the current Indian set-up

Meet the Olympians from Northeast India, representing the country proudly at the Tokyo Olympics 2020. From the region, five athletes are from Manipur and one each from Assam, Mizoram and Sikkim, representing India at Tokyo.

Boxer Lovlina Borgohain is from Assam, hockey star Lalremsiami is from Mizoram and Tarundeep Rai from Sikkim will also participate in the Olympics from the region.

TheNewsMill brings a brief introduction of these superstars.

One of the brightest prospects for India at the Tokyo Olympics, the world record holder diminutive Manipuri is the lone Indian representative in weightlifting. After undergoing some tough training schedule in the US, she has straightway headed to Tokyo along with her coach and support staff.

The 26-year-old holds the world record in clean and jerk in the women’s 49kg category. She successfully heaved 119kg in the Asian Championship, her last tournament ahead of the Tokyo Olympics.

Chanu will be eager to make amends for the disappointing show at the 2016 Rio Olympics where she had failed to record a legal lift in any of her three attempts in clean and jerk, failing to get an overall total in women’s 48kg.

Mary Kom does not need any introduction in India and across the globe among the boxing fraternity. Mary Kom will be competing in 51 kg at the Tokyo Olympics.

The 38-year-old icon will be eyeing a second Olympic medal, something that puts her heads and shoulders above all else in the Indian team.

A six-time world champion, her achievements and medals have become a bit difficult to keep count of. And the astonishing part, the Manipuri isn’t showing any signs of slowing down. The ring is quite literally her playground and it has remained so for more than two decades now.

It remains to be seen how she handles the younger competition which awaits her at Tokyo Olympics. She is fittingly one of the two flag-bearers of the Indian contingent and has sharpened her hook to make sure that nobody takes her lightly.

The youngest in the Tokyo-bound women’s boxing team is a low-profile, high-performing asset from Assam who will be fighting in the 69kg weight category.

The 23-year-old started out as a kickboxer, took to boxing in school and has since become a two-time world championship medallist already (2018 and 2019). 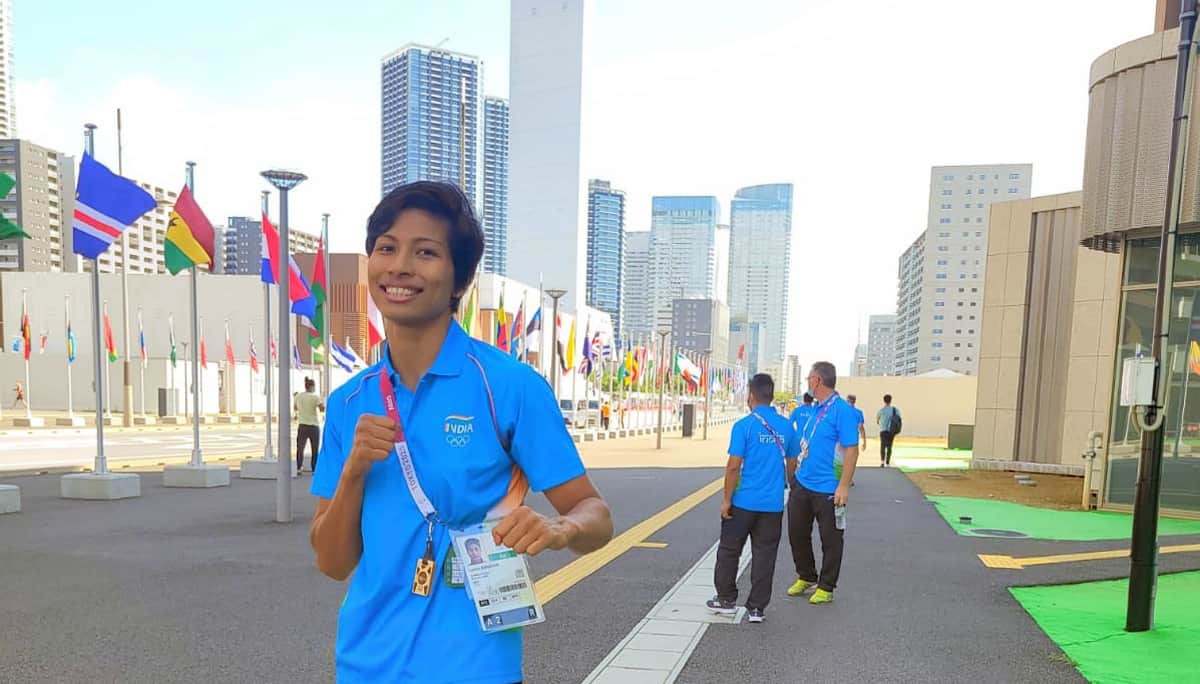 Her build-up to the Tokyo Olympics has also been rocky. The youngster missed a training trip to Italy last year, testing positive for COVID-19 a day before departure. She had travelled to her hometown in Assam to visit her ailing mother and came back to test positive for the virus, robbing her of crucial training and competitive exposure.

Considered a technically sound boxer, it would be interesting to see how she responds to the pressure of being at the biggest sporting show.

The 21-year-old, who hails from Kolasib in Mizoram, created history when she became the first female player from Mizoram to be picked for the Olympics. The selection in the Indian women’s hockey team’s 16-member Olympic squad also enabled her to achieve another rare milestone as she managed to give her state an Olympian after 25 long years.

Archer C Lalremsanga was the last Olympian from Mizoram. He represented India at the 1992 Barcelona and 1996 Atlanta Olympics.

The 29-year-old is no stranger to the Olympics as she captained the Indian side at the Rio Olympics in 2016. She remained a consistent performer with the team, and is all set to give her best to bring some good news from Tokyo Olympics.

“It is the biggest tournament for all of us, and we have been working hard for the past four years to make sure we can achieve our goals when the tournament happens,” Sushila had said in an interview.

Having played more than 180 matches for the national side, Sushila is one of the most experienced players in the current Indian set-up, and she believes that sharing her insights with the youngsters is what keeps her going.

Nilakanta who hails from Imphal East, started playing hockey from a very early age in the locality. The midfielder is confident about the Indian men’s hockey team rewriting history at the Tokyo Olympics, saying the side needs to peak at the right time to be able to break its four decade-long medal drought.

By his own admission, the Manipuri player said he is a big fan of captain Manpreet Singh from whom he has learnt a lot.

“It’s been a great journey with the Indian team so far. We have seen a lot of highs and I feel we can do even better in the upcoming years. I have been very lucky to have the chance of playing alongside a player like Manpreet Singh in the midfield. I have learned a lot from him.

“I have improved a lot in the last few years, but I really want to take my game to the next level this year,” said the 26-year-old, who has played 57 matches for India so far.

Nilakanta was part of the gold medal-winning team in the 2019 FIH Men’s series finals in Bhubaneswar.

This will be Shushila’s first Olympic appearance. Shushila, silver medallist at the 2014 Glasgow Commonwealth Games, took up the sport under the guidance of her uncle and judoka Dinit Likmabam.

Sushila, who competes in the 48kg category, qualified for her maiden Olympics via continental quota despite losing in the first round of World Championships held in Budapest last month.

Tarundeep Rai has been one of the mainstays in the Indian Archery team since the past 18 years. The Sikkim-born archer qualified for the Tokyo Olympics in 2020, following an impressive performance in the 2019 World Championships, which were held in Hertogenbosch, Netherlands.