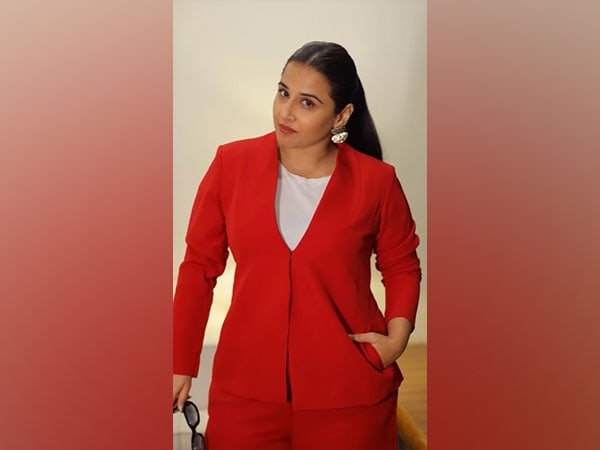 Mumbai (Maharashtra) [India], September 17 (ANI): Bollywood Diva Vidya Balan dropped an amusing video in which she showcased her Friday Bossy look.
The actor took to her Instagram handle and shared a video of herself, where she opted for a red pantsuit and gave a sizzling bossy look. In the video, she said, “If you are going to gossip, at least make sure you are well dressed. You can’t look shit and talk shit at the same time.’

Shakuntala Devi Actor, slaying the industry for a long time. She uploaded a video with the Caption “Well dressed for Friday”.
After watching the video, Bollywood celebs and fans started bombarding the comment section with heart, fire, and laughter emoticons, showing their love for the actor.
Vidya also keeps entertaining her admirers by posting videos, on a regular basis, on her social media handles and her fans are always enthralled by her beauty.
Meanwhile, talking about the work front, the ‘Parineeta’ actor was last seen with Shefali Shah in the film ‘Jalsa’, which is a production of T-Series and Abundantia Entertainment and is directed by Suresh Triveni. The film premiered on Amazon Prime Video and received a decent response from the netizens.
She will soon be seen in ‘Neeyat’ and another untitled movie directed by Shirsha Guha Thakurta. (ANI)