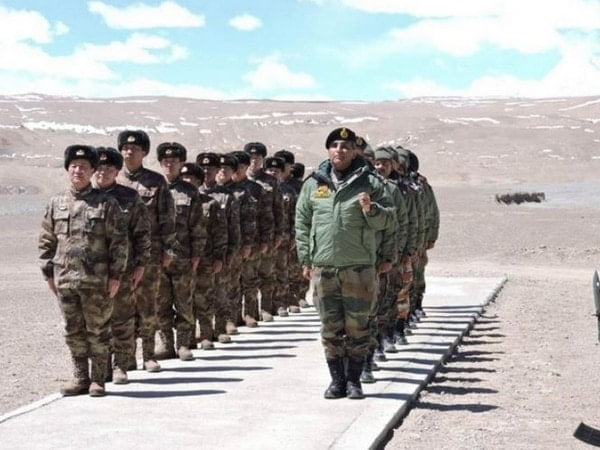 New Delhi [India], September 13 (ANI): Armies of India and China on Tuesday completed the disengagement process in the Gogra Heights-Hot Springs area near Patrolling Point-15 in the eastern Ladakh sector, according to government sources.
The two sides have also completed verification of each other’s positions adapter pulling back troops from friction point.
The process started on September 8 after the discussions between the two sides during the 16th round of corps commander level.
Both armies were supposed to move back from their present positions towards their respective sides of the LAC and verify each others’ positions after that.
The two sides have now resolved all the friction points that came up after the May 2020 aggression by the Chinese army in an attempt to alter the status quo on the LAC.
The disengagement process included the dismantling of infrastructure built by the two sides at the location where they had deployed troops and other assets.
The previous locations from where they had disengaged included the Galwan area and the two banks of the Pangong lake in eastern Ladakh.
Earlier, in response to a media query earlier, MEA Spokesperson Arindam Bagchi said the disengagement process in the area will be completed by September 12. (ANI)