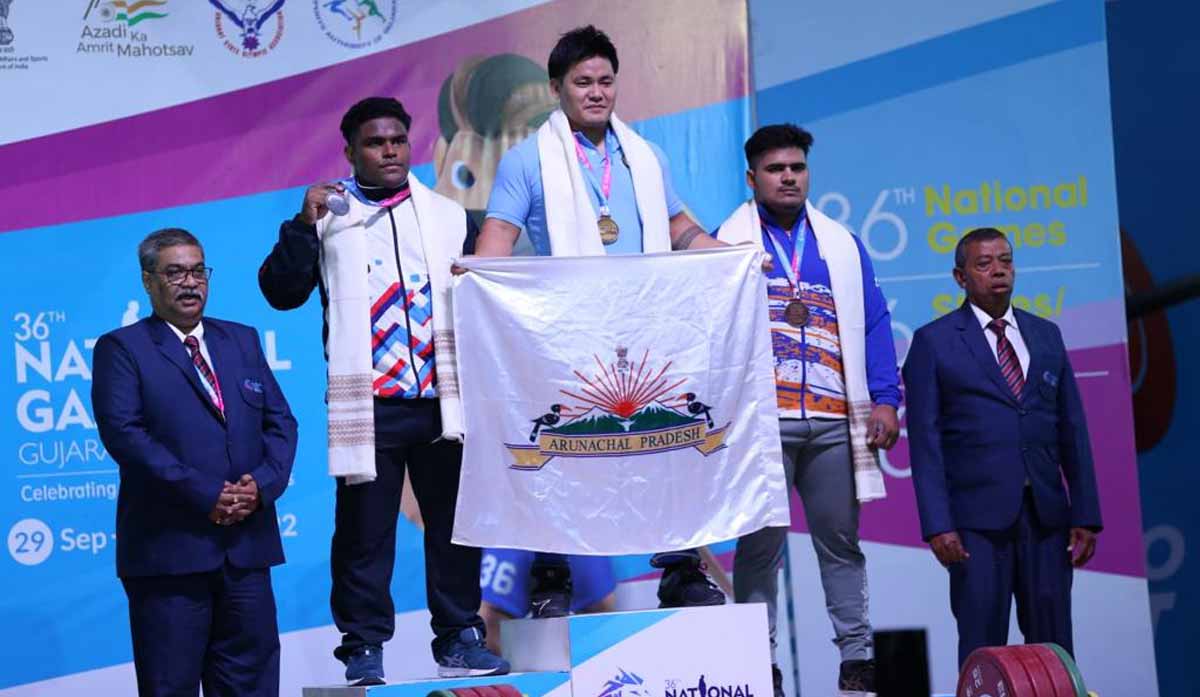 Tired of returning with a bloody nose from the ring, or getting a beating from his coach, Arunachal Pradesh’s Sambo Lapung gave up boxing. And took up weightlifting.

“Yes, I had first tried boxing only for about a year in 2008. But I gave it up. What’s the point in getting thrashed both in the ring and off it?” Sambo Lapung said, flashing a smile, shortly after winning the men’s 96kg gold in weightlifting in the 36th national games in Gandhinagar on October 3.

On his way, he even broke the national clean and jerk record to make the win even sweeter.

Recalling the reason for switching sports 14 year back, Sambo Lapung said: “I wanted to become a boxer and joined the SAI centre in Itanagar. We used to train alongside weightlifters and I noticed that the weightlifting coach was much more lenient towards his wards than our boxing coach, who beat us up for the slightest of mistakes.”

Sambo Lapung was so frustrated that he wanted to leave the centre itself. “But my sister intervened and forced me to make the switch,” he said.

Congratulations to the Medallists of the Men's 96kg Weightlifting event.👏

Born to a farmer from remote East Kameng district in the Northeastern state, Sambo is third among six boys and three girls in a lower middle-class family.

He took up sports just like his athlete sister Chitung Lapung. “She only persuaded me to try sports to get two meals and new clothes,” he revealed. “Later, when I discovered that sports could provide me a means to support the family and I pursued.”

“Initially, I had zero knowledge of sport. But started taking it up seriously after the Arunachal Pradesh weightlifting official Abraham K Techi got a coach from the Army Sports Institute to assess my talent,” he said, identifying the turning point.

“It feels good to win gold at the national games, but what’s more important for me was the National record. I came here to compete with myself and I had an eye on the record. I have been lifting a heavier weight in training but my coach wanted me to get the monkey off my back first and start afresh,” Sambo Lapung said.

On October 3, Lapung’s effort of overall lifts of 346kg, including the 198kg record in clean and jerk, gave him the gold. He wants to use that as a launching pad for the season ahead.

Struggling to make ends meet with his limited income even now as Havildar in the Army, Sambo Lapung said his need for nutritional supplements was met with the help of bank loans every year. “There are loans to the tune of Rs 11 or 12 lakh every year for the last four years,” he said.